Violence is far from stopping in Mexico. Despite the fact that the federal government of Andrés Manuel López Obrador ordered the deployment of the armed forces in the country, the expansion of drug traffickers in the territory continues.

The latest evidence has been released by the Financial Intelligence Unit (FIU), which showed a map of the criminal groups that dominate in Mexico. The sketch exhibits the Jalisco New Generation Cartel as the criminal organization that has shaken the country the most. 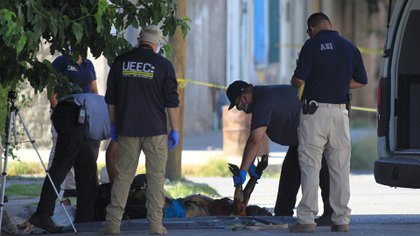 A little over 10 years after its appearance, the CJNG ousted that of Sinaloa and is currently the group with the greatest expansion in Mexico  From having a presence in four states (2010), it expanded to dominate 24 states.

In 2015 the Mexican government included its leader, Nemesio Oseguera Cervantes, el “Mencho” on its blacklist of drug traffickers. He has since warned that the cartel had taken advantage of the weakening of other criminal groups such as Los Zetas and the Knights Templar to spread. Experts agree that the CJNG has taken advantage of the strong blows that other criminal organizations have suffered to occupy the empty spaces of power that remain.

The criminal activity of these two organizations is not limited to Mexico. Reports from the United States government indicate that the Sinaloa and Jalisco Nueva Generación Cartel maintains a presence in other countries of the world. 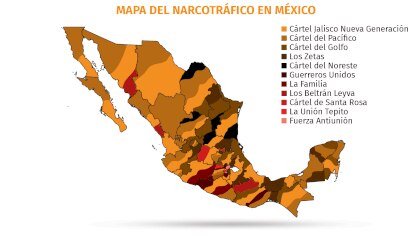 Map of drug trafficking in Mexico. With information from the FIU of the federal government (Map: Infobae México)

On the drug trafficking map, organizations such as the Gulf Cartel, Los Zetas, the Michoacan Family, and the Beltrán Leyva have acquired an extremely violent look. Others, like the poster Tepito Union, Cartel Tláhuac in Mexico City; Los Viagra, in Michoacán; Cartel del Noreste, in Tamaulipas; The Independent Cartel of Acapulco, Los Rojos and Guerreros Unidos, in the state of Guerrero have been strengthened.

According to intelligence reports, the Gulf Cartel it has a presence in 14 entities; The Zetas, at 13; he Northeast Cartel, in five; United warriors, in four; The family, in three; The Beltran Leyva, in three; he Santa Rosa de Lima Cartel, in two; Union Tepito, in two; and Anti Union Forces, in two. 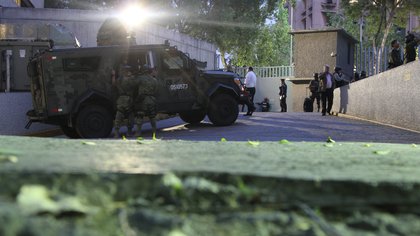 Tamaulipas has been ravaged by violence. The photograph shows an operation in which Mario Armando Treviño, leader of the CDG, was arrested (Photo: Cuartoscuro)