A pornographic video has caused a stir on social networks due to its nature, as it was recorded in the Sumidero Canyon and in the Floral Cock , both in the tourist area of Tuxtla Gutiérrez, Chiapas.

According to El Universal, the subjects would have gone to Tuxtla Gutiérrez on a tour with presentations in nightclubs. They later participated in the film. 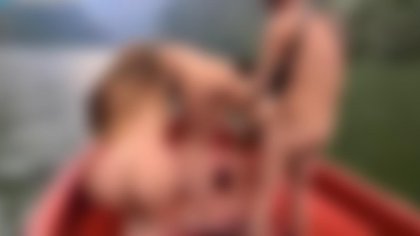 Through his Twitter account, the actor said that they will go to the tourist place “to take some super hot photos, which nobody has ever taken, it is the first time that models and actresses have taken photos in the Grand Canyon of the Sumidero”, he assured.

After the images were published and began to circulate on social networks, the authorities exclaimed their repudiation of the events that occurred, which they classified as “immoral” acts.

According to the National Commission for Protected Natural Areas ( Conanp ), the filming of sexual content “lacerates the image of the icon representing the pride of Chiapas and goes beyond the limits of morality and good customs.”

In addition, they indicated in a statement that these events violate the Regulation Regarding Protected Natural Areas of the General Law of Ecological Balance and Environmental Protection, which establishes the procedures to comply with to be able to make recordings or photographs in the area for profit. . 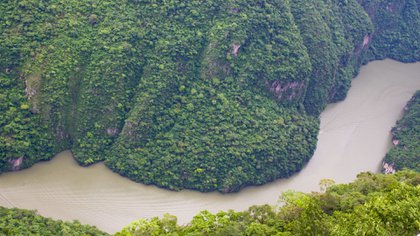 The Sumidero Canyon is an emblem of Tuxtla Gutiérrez (Photo: Cuartoscuro)

Because the video infringes on the regulations, Conanp reported that it will proceed legally and present its complaints to the corresponding authorities against those who participated in the video without authorization.

“The respective complaint will be made against the Ángel Albino Corzo cooperative, which allowed and granted facilities for the performance of these acts that violate the laws. Remembering that tourist activities are done with respect for the environmental and social environment or they are not done, ”said the agency.

Conanp pointed out that these images damage the image of the people of Chiapas since the natural enclosure is located in the heart of the state as a symbol of their battles and the roots of their peoples, for which they called on society not to reproduce such attitudes that “greatly hurt the legality, respect for morals and the good customs of the social norm”, and which is also a detriment to tourism. 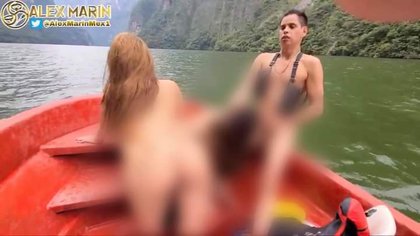 Conanp pointed out that these images damage the image of Chiapas (Photo: Twitter / @ Bersa76)

They also made a call to report any video that damages the image, flora or fauna of the Sumidero Canyon.

For its part, the Constitutional City Council of Chiapa de Corzo, condemned and regretted the acts done, noting that people outside the Pueblo Mágico denigrated the image of the municipality and one of the main natural attractions of Chiapas and Mexico, so they will also make their complaint against those responsible.

“This Constitutional City Council will report to the corresponding authorities so that, according to their competence, they can carry out the pertinent legal actions to punish the immorality of these people,” they detailed.

Manuel Niño Gutiérrez declared that if they chose the state, it is because it is safe and health protocols are followed

For the president of the Association of Hotels and Motels of the Center of Chiapas, Manuel Niño Gutiérrez, the videos with sexual content that were recorded in the Sumidero Canyon and in the Floral Clock, promote the state touristically.

“In a particular way, I see it as a promotion to the destination, why? Because if these people bet on coming here to Tuxtla Gutiérrez or Chiapas, if they want to see it that way, they are coming because it is a safe place, it is a place where perhaps the health protocols are followed and they chose this location by the same means natural ”, he declared.

In an interview, he clarified that his position is particular because the hoteliers have not yet met to establish a position on this fact, and added:

“On the side of advertising, so to speak, which is somewhat like adult content now I do not see an end to it, as long as they do not violate the integrity of third parties,” he added.

On the other hand, regarding the controversy surrounding the visit of YouTuber Luisito Comunica, he announced that as the new administration in the Association of Hotels and Motels of the Center of Chiapas, since they have just taken a protest on October 14, they will request the Secretariat of Tourism transparency in the accounts of 2 percent of the Trust for the Promotion, Diffusion and Marketing of Tourist Attractions of the State of Chiapas (FIDETUR).

Chiapas Alert informed him that the Ministry of Tourism paid the character 1.5 million pesos to come to Chiapas and position him through his videos that he disseminates on platforms, whose resource came from the trust that they obtain from the hotel tax.

Requirements to cross from San Diego to Tijuana with a pet