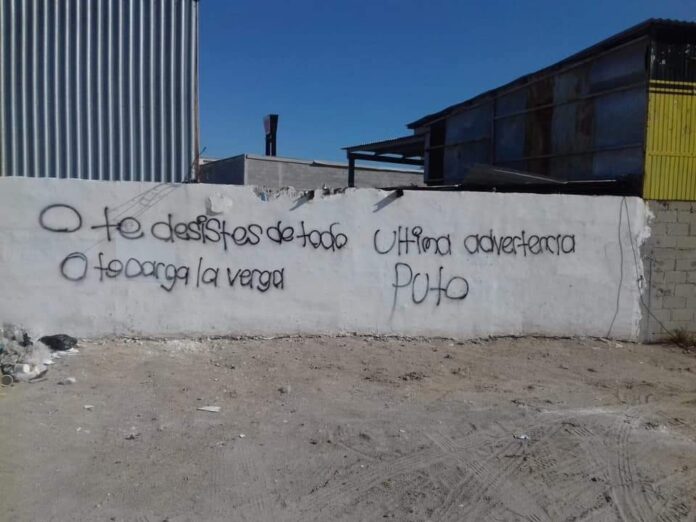 The wall of the “Professional Chemical Products” winery woke up with a message addressed to the owner about the legal dispute with his children.

La Paz, Baja California Sur.- On the morning of this Friday, July 16, the manager of the company “ Productos Químicos Profesionales ” found one of the walls of the warehouse graffitied with a death threat.

“ Either you give up everything or it will kill you. Last warning, fucker ”.

It was written in black spray ink on the concrete wall that covers the warehouse located at Bordo and J. Mujica in the Indeco neighborhood .

The company representative called the business owner to inform him of the textual warning  found in the work area.

The employer revealed that he was already at the facilities of the Criminal Justice Center to file a lawsuit.

The main suspect in the intimidating message – in the words of the owner of the company himself – is his still wife, with whom he has a strong legal dispute over the custody of his children.

The woman has been harassing him with similar messages, throughout the legal process he faces with her, to remain with parental authority and custody of the minors, product of the marriage between the two.