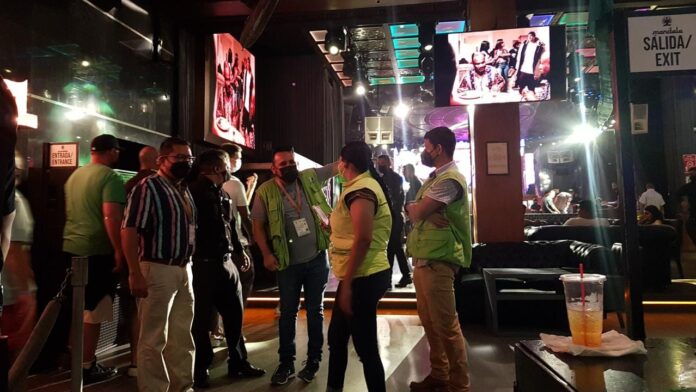 Iván Núñez Gallo, the representative of the State Commission for the Protection against Sanitary Risks, announced that some colonies in Cabo San Lucas and San José del Cabo are relaxing sanitary measures to avoid contagion and spread of Covid-19, because there is a high index of active cases, even suspending 4 positions on public roads both in the municipal seat and Delegation, while 3 nightclubs in CSL were suspended.

He explained that in the verification and surveillance operations in neighborhoods of the municipality of Los Cabos it has been found that the population has relaxed sanitary measures and therefore the number of active cases of Covid-19 has grown, especially in areas of Lomas Altas and Las Palmas de Cabo San Lucas, while Zacatal, VistaHermosa and the Centro area are located in the municipal seat.

Regarding the operations carried out in neighborhoods of the municipality, he said that around 9 have been verified between Cabo San Lucas and San José del Cabo, of course, areas that present a high rate of infections, visiting 62 positions on public roads, of these have been 4 suspended for not complying with the sanitary filters, 46 businesses were reviewed in restaurant bars, suspending only 3.

“We have dealt with citizen complaints and it is that people are relaxing sanitary measures, they are not wearing face masks in tortillerías, convenience stores, beauty shops, hardware stores, so we have carried out surveillance operations in order to redouble efforts and enforce the protocols ”.

He stressed that when Coepris detects a place where the rules are not being met, they have been suspended by word of mouth, summoning them the next day to sign a letter of commitment where they are going to commit to offering the full service, that is, food and drink. .