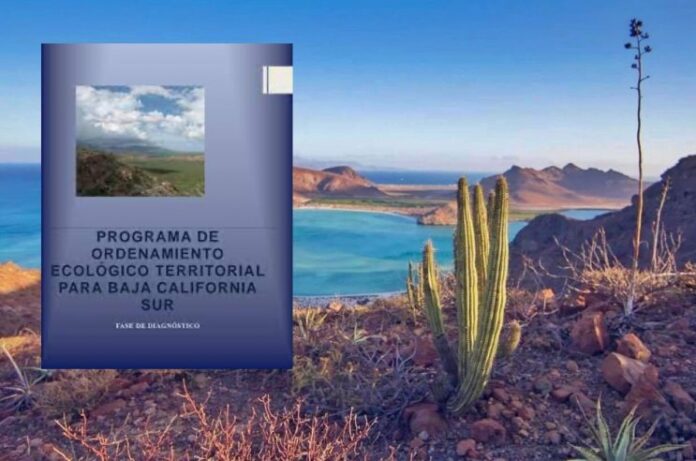 La Paz, Baja California Sur.- The State Government through the Secretariat of Tourism, Economy and Sustainability (SETUES), summons all the organisms, institutions, associations, schools, and chambers related to the matter; as well as to indigenous peoples and communities, citizens, and any interested party in general, to the public consultation process of the Baja California Sur Ecological Ordinance Program (POEEBCS).

This was reported by Fernando Ojeda Aguilar, head of the state agency, who added that in accordance with the provisions of the General Law of Ecological Balance and Environmental Protection, the consultation will be available for 60 calendar days from its publication; period from September 6 to November 4, 2021.

In this sense, he highlighted that the technical documentation of the Model of Ecological Ordinance of the State of Baja California Sur, and the documents to consult, can be downloaded in the Environmental Bitácora: http://sig.bcs.gob.mx/modelo/modelo .html #   or go to the offices of the Undersecretariat of Sustainability, located in Carretera Transpeninsular km 55, corner of Calle Tiburón, Fraccionamiento Fidepaz, CP 23094, La Paz BCS; By appointment by phone 6121251912.

“In attention to what is stipulated in the Law and in the regulations on the matter, the Ecological Ordinance Program of Baja California Sur is being opened for public consultation, it is time for those who wish to express their opinion and present, where appropriate, observations or Suggestions, do so at the designated times, of which you have until November 4 for this purpose ”.

Ojeda Aguilar called on interested parties to submit in writing all their observations and comments, indicating address and email to hear and receive notifications, which should be sent electronically to [email protected] , or physically in the offices of the Undersecretary of Sustainability.

It is important to highlight that the integration of the documents that make up the POEEBCS have had the advice and technical support of federal agencies, such as SEMARNAT, CONANP, CONAGUA, SADER, CONAFOR, PROFEPA, INIFAP and CRIAP.

Similarly, coordination has been maintained with the five municipalities, the IMPLAN La Paz and the IMPLAN Los Cabos; as well as the participation of the civil society sectors through COPLADE; which has managed to consolidate technically and socially, each of the stages of the POEEBCS.