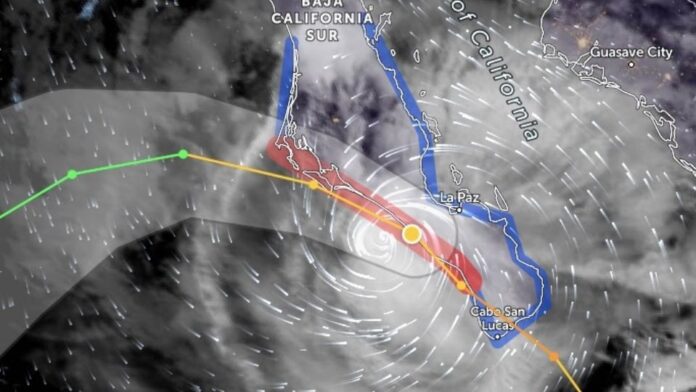 National Civil Protection indicates that the hurricane is located in the right quadrant of the hurricane, which is the most dangerous, because the winds intensify in this area, it also favors the entry of humidity causing significant rains

Located in one of the most dangerous quadrants because intensify winds and facilitates the entry of moisture causing torrential rain, hurricane 1, “Olaf” remains in the line of coast of Baja California Sur.

National Civil Protection highlights that due to “Olaf” intense rains have been predicted in Baja California Sur and very strong in Sinaloa, so it recommends that the population heed the official warnings, avoid floods and follow all the indications that are promoted during the passage. of the system.

In its 6:15 am alert, the National Meteorological Service reported that the center of Hurricane “Olaf”, category 1 on the Saffir-Simpson scale, is located on the west-southwest coastline of Baja California Sur. Its cloud bands cause rains in Baja California Sur and in northwestern Mexico, as well as strong winds and high waves.

The surveillance zones are maintained as follows:

It also highlights that “Olaf” will remain all day as hurricane one and would begin its degradation process from the early hours of Saturday and until next September 15, which is a low remaining pressure more than 1,150 kilometers southwest of Punta Eugenia, BCS.