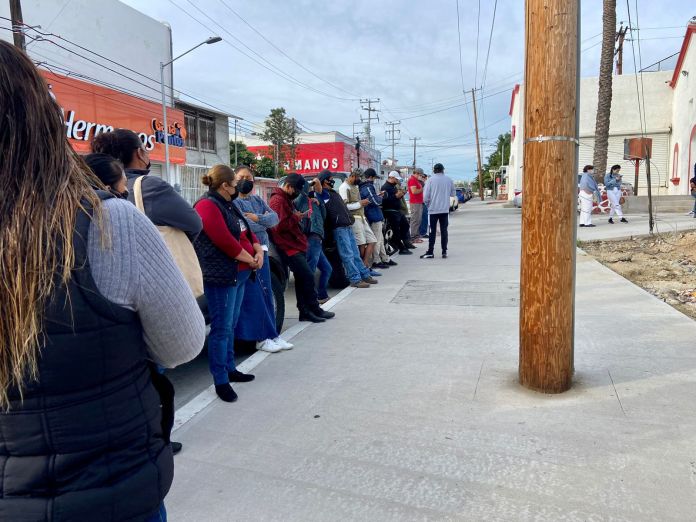 Monday, January 17, 2022, the municipality of Los Cabos is registering the highest number of hospitalizations since the fourth “wave” of covid-19 began in mid-December 2021.

At the end of the meeting of the Covid Security Table, the executive president of the Los Cabos Coordinating Council (CCC), Julio Castillo, explained that, despite the fact that this is the day with the most people in hospitals, the figures are very low compared to the third “wave”.

He recalled that, in the months of June and July 2021, the third “wave” by covid was developing in Los Cabos, in the highest peaks there were up to 220 hospitalized with approximately 80 intubated people.

This Monday, the number of active cases is 1,060; of which there are 49 hospitalized and only 9 people intubated. According to the Ministry of Health, 75 percent of people who have a serious condition and arrive at hospitals due to covid are not vaccinated against the virus.

The rate of deaths is also very different from that of the third “wave” because in the month with the highest number of infections and hospitalizations there was an average of 5.9 deaths per day, while there is currently an average of 0.6 deaths per day in the last month.

Despite the fact that the number of active cases is large at the moment, the disease is controlled in the cases that are sheltered, the third “wave” is considered the most lethal for the destination since the pandemic began in March 2020.

Comondú and Mulegé fall back to level four-orange

At a press conference, the head of the Ministry of Health, Zazil Flores Aldape, reported that the municipalities of Comondú and Mulegé regress to level four-orange at the Sanitary Alert Traffic Light, while La Paz, Los Cabos, and Loreto remain at level three-yellow.

As explained at the conference, at level four-orange, the opening of sports schools, art workshops, motor vehicle races, outdoor group physical activity, official sports tournaments without an audience, fairs and mechanical games, game rooms is prohibited. electronics and the like.

Activities and establishments such as horseback riding, horse racing, cockfighting, concerts, shows and circuses, party halls, nightclubs, discos, and the like will also be suspended.

In addition, it was agreed to suspend commercial establishments whose main line of business is the sale and/or distribution of alcoholic beverages in Comondú and Mulegé.

In the case of the municipalities of La Paz, Los Cabos, and Loreto, establishments that sell alcohol will only be able to operate at 40% of their total capacity.

Likewise, there are 142 people hospitalized in the five municipalities: 49 stable, 67 serious and 26 intubated. The authorities specified that three of the patients are minors.