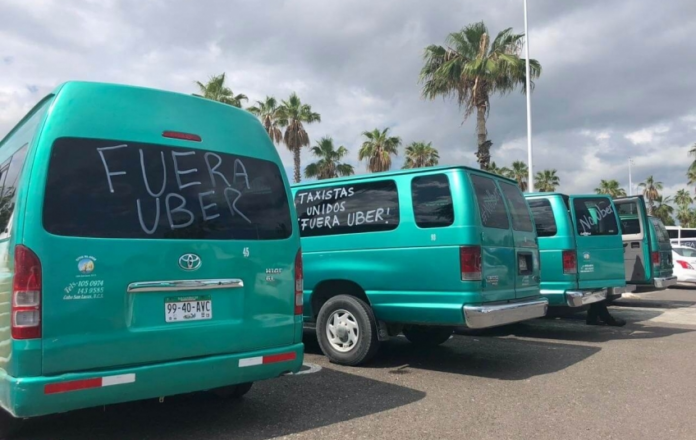 Derived from the growth in population and economic growth that the municipality presents in recent years, the Municipal Transportation Council, approved in its Third Session the granting of 345 provisional permits to the various taxi drivers unions of Cabo San Lucas and San José del Cabo. In this way, it is intended to efficiently cover the service in commercial areas and places where it is lacking.

Likewise, the III councilor Fabián Ceseña Ceseña, -who also chairs the Public Transport Building Commission-, pointed out that according to the study presented by the Council, where the need to increase the number of permits for taxi drivers was analyzed, it was that it was authorized this provisional increase, in order to modernize the public service in the region, it should be noted that these provisional permits will come into force once the unions carry out the administrative procedure in the State Directorate of Transportation.

“If we as a government do our job, -which is to serve-, the carrier will meet all the demands that society requires. In this way, effective, efficient, and accessible services for citizens will be provided. We are working on the Public Transport Commission with the commitment to order and modernize transport”, assured the III councilor, Fabián Ceseña.

It should be noted that as part of this modernization plan for the public transport service, a work tour was held on January 27 and 28 to Playas de Rosarito, -a model municipality in terms of transport at the national level-, to learn about and analyze the regulatory and administrative framework to adopt good practices regarding the work of modernity of passenger transport in said place.