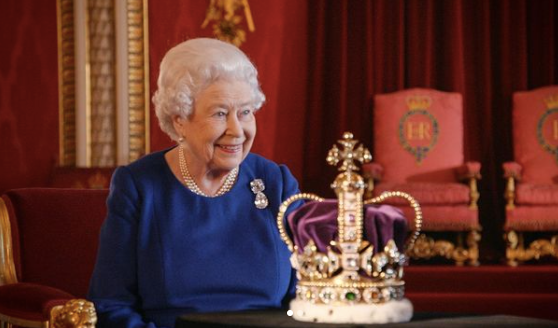 Did you know that the huge pearl in the crown of Queen Elizabeth II was extracted from the Sea of ​​Cortez? This is the story of the Crown of St. Edward.

Queen Elizabeth II is one of the most important and popular characters of the entire 20th and 21st centuries. Likewise, she is one of the richest people on the European continent. Although it has a large collection of jewels and jewelry, there is one that stands out above the others, it is the crown of Saint Edward, which is the main headdress of the coronation of the kings of England and is used by the Archbishop of Canterbury – leader of the Anglican church, to enthrone the monarchs.

Saint Edward the Confessor, after whom this crown is inspired, was King of England between 1042 and 1066. He is considered the last ruler of the House of Wessex and is noted for his piety and ingenuity. He is given the title of the confessor, as pious men who were neither martyrs nor subject to the consecrated life are called.

Initially the crown, made in the 13th century, had remains of Saint Edward, which is why it is called by this name. However, it was destroyed in the 17th century, so it was redesigned by King Carlos II.

The pearls in the crown

The current St Edward’s crown is in a circle with eight alternating cross and fleur-de-lys rosettes decorated with jewels. The rosettes lead to a dome topped with a kicked cross. The crown features various jewels, including a row of pearls at the bottom. This tiara weighs approximately two kilos.

Within the row of pearls, one called Great Lemon stands out, whose origin is the Sea of ​​Cortez in Baja California Sur, Mexico. It was extracted in 1883 by the divers Juan Vacaseque Calderón and Antonio Cervera, who found it near the island of the Holy Spirit. Its name refers to its size, similar to that of a lemon.

The pearl became the property of Antonio Ruffo Santa Cruz, who owned the company that found the pearl. It was Ruffo who later gave it to King Edward VII (1841-1910) to wear on his crown.

Years later, the pearl in the relic caught the attention of Queen Elizabeth II, so she traveled to Baja California in 1983 aboard the ship Britannia. During her second trip to Mexico, she passed through Espiritu Santo and Cerralvo, being able to learn about the place where the pearl of her crown came from.