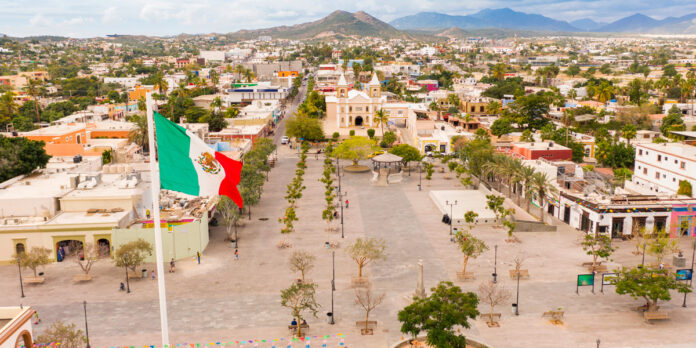 The bad smell of the Fonatur treatment plant is unbearable

Through social networks, merchants from the downtown area of ​​San José del Cabo denounce that the wastewater treatment plant, operated by Fonatur located on Antonio Mijares Boulevard, has given off fetid odors for several years, causing the influx of tourists in the area to be minimal.

For their part, the restaurateurs reported that even many of the diners leave without paying the bill or consuming due to this unpleasant situation, which makes it impossible to taste food.

Passers-by and merchants expressed their annoyance before the cameras and microphones of this information medium, such as citizen Beatriz, who comments that it is not the way to receive visitors and that this problem has been going on for years.

“There is a lot of aroma given off here by the gentlemen who come to visit us, imagine what a beautiful welcome we give our visitors,” he said.

“This is from years, it is not from now, this aroma is already years old, one passes in the car with the windows down, but the thing is like this, you can no longer with this aroma,” he continued.

On the other hand, Mr. Víctor refers that the same Fonatur servers must feel dissatisfied with their work performance and that from the direction of this dependency and the collaborators they must change their way of working to give results to the citizens.

However, local merchants, such as Erika Corral, are the most affected, since having a restaurant near the plant causes diners to pass by without interest in consuming because of the “unpleasantly horrible smells” or when consuming the food just makes their stomachs churn.

“We already have two weeks, or I think this one is going to last four, which is a horrible pestilence, since it has schedules, it does not start to smell at six in the morning, at twelve, at four, at six, seven, and that is when the tourist is walking and these are some unpleasantly bad smells I have rosemary, incense and everything lit daily here to avoid the client trying to smell something different the truth is that a lot of clients have stopped because the clients stop because of the bad smell they cannot eat their stomach turns even us from breathing this bad smell all the time we are tired of not being able to do anything, “concluded Erika Corral, a merchant in the area.

Erika reports that in recent weeks the treatment plant started burning eucalyptus to hide the smell, however, this action worsened when she approached the corresponding authorities, she simply received the response “There is no budget” as well as merchants and passers-by demanding that she put on a solution to this great problem that affects the economy of families that depend on these businesses and also affects the bad image that is presented to tourists.

This is why citizens ask for prompt solutions from the federal government, which is in charge of operating the plant through Fonatur, so that the unbearable situation related to bad odors disappears as soon as possible, while The information team of CPS Noticias and Tribuna de Los Cabos will continue to keep an eye on the issue, waiting for a response from Fonatur or from a corresponding authority that explains what will happen to these unpleasant odors that will increase more in the hot season.