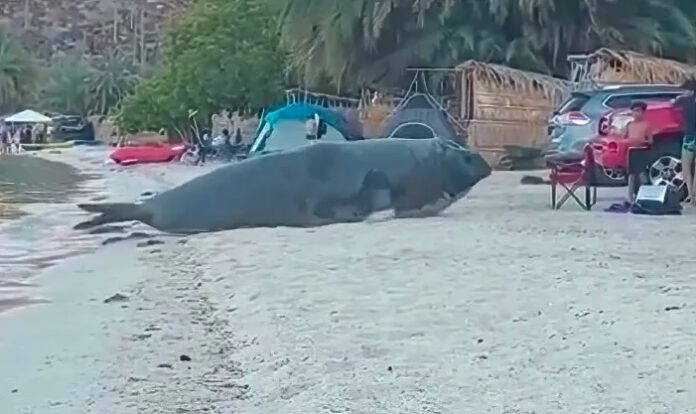 A family enjoying a beach day in the Mexican state of Baja California Sur was frightened by a massive elephant seal that emerged on the shore and approached the group.

The accompanying footage, captured in the municipality of Mulege, shows the blubbery mammal approaching the family as a woman screams and a child tries to remain brave.

News CD Constitution BCS shared no other information, but it appears as though the elephant seal was merely looking for a suitable resting spot.

Northern elephant seals are the largest “true” seals in the Northern Hemisphere and can weigh as much as 5,000 pounds. Their range includes the eastern and central North Pacific, from Alaska to Baja California.

Except during breeding season from December through March, they spend most of their time feeding at sea. Elephant seals can dive 2,500 feet in search of prey. They feed primarily on squid and fish, including sharks and rays.