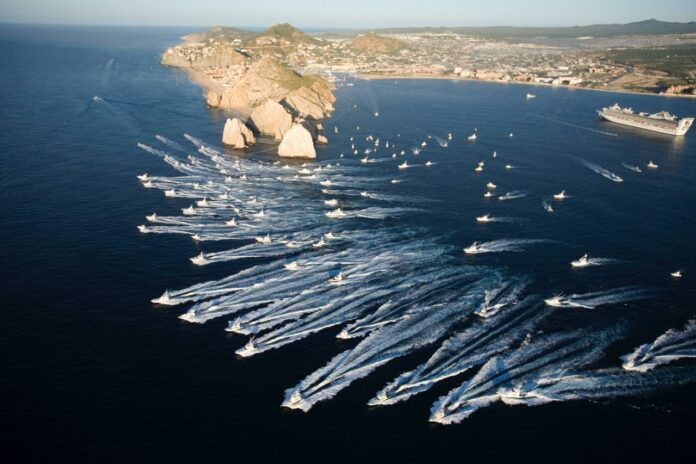 With this, the highest season begins for the tourism sector of the municipality.

The Bill Fish Tournament in its 24th edition had 54 teams and a purse of 500 thousand dollars.

On the morning of this Monday, October 17, the opening shot of the fishing tournament ” Los Cabos BillFish Tournament” was held with the presence of the organizer Carlos Castro and the municipal president, Oscar Leggs Castro, who stressed that he has supported sport fishing since he was a delegate and will continue to do so.

The general director of the Fund for the Protection of Marine Resources (FONMAR), Martin Inzunza Tamayo, was also present at the inaugural presentation. He commented that the governor of Baja California Sur , Víctor Manuel Castro Cosío, was very interested in said event, for which he requested send a greeting to all the cabeños and the organizers of the tournament, in addition, he commented that he is a fan of sport fishing.

After the shot, it was seen how the boats rushed out in search of the best position to have the best example of the species that entered the competition.

With this it is reiterated that the high season of sport fishing begins according to the words of Professor Oscar Leggs Castro, who mentioned that the strongest comes after October 20 with the Bisbee Tournament within the framework of the 2022 Traditional Festivals.

The event also discussed the agenda for October 18, which is the day of Saint Luke the Evangelist. Professor Oscar Leggs Castro commented the following:

San Jose del Cabo, Baja California Sur. On Sunday, the Marlini Capital Tournament was held, the first of the season of sport fishing tournaments that mark the beginning of the high season in the tourist sector of Los Cabos.

Marlini Capital started at 7:00 a.m. with 32 boats that competed for a guaranteed bag of 250 thousand pesos and 549 thousand pesos in gold and wahoo jackpot.

The starting shot was given in the presence of the Director of FONMAR, Martín Inzunza Tamayo, representative of the Governor in the municipality, Carlos Castro Ceseña and the Port Captain Alberto Valerio Verduzco, accompanied by the founder of the tournament Aristeo Gutiérrez.