The country will have access to doses for 116 billion Mexicans, according to the Secretaries of Health, Foreign Relations, and Finance.

Mexico will allocate $ 35.1 billion pesos to purchase vaccines against COVID-19 that will arrive in the country between December 2020 and December 2021. These are doses from the companies AstraZeneca, Pfizer and CanSino, and the Covax mechanism of the Organization of Nations United (UN).

With the 2020 budget, advances of more than 6 billion pesos will be paid, and in 2021 the costs will be settled with the respective companies as the doses are received, the Secretary of Finance and Public Credit, Arturo Herrera Gutierrez reported at a press conference. 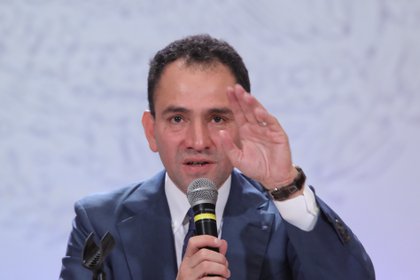 According to Herrera Gutiérrez, the country will acquire up to 51 million doses of Covax, up to 34 million from Pfizer, up to 77 million from AstraZeneca and up to 35 million from CanSino. All of these vaccines, with the exception of CanSino, require a double dose per person to work. In short, with a total of 198 million doses, 116 million people can be vaccinated.

The Secretary of Foreign Affairs, Marcelo Ebrard Casaubón, reported that the signing of agreements with AstraZeneca, Pfizer and CanSino Bio, as well as the UN’s Covax mechanism, ensure Mexico access to more than 100 million doses of vaccine against COVID -19 by 2021. 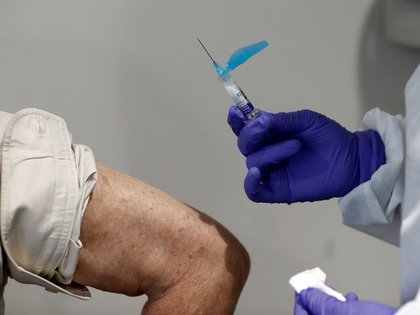 Up to 116 million Mexican men and women will have access to the vaccine (Photo: EFE / Jesús Diges / Archive)

Marcelo Ebrard added that there are other vaccines in phase 3 that will develop tests in Mexico: Janssen, Sputnik-V, CanSino, Novavax, CureVac, Sanofi-Pasteur and ReiThera, all exercises in charge of the Ministry of Health.

“As of today, Mexico is in the same condition as the United States, the European Union and other countries in the world. We have already secured the necessary quotas and in the following weeks, there will be other phases 3 because the Ministry of Health has to see which of those that I have just listed, which are seven, may be useful for Mexico in the coming months ”, explained Ebrard Casaubón .

Jorge Alcocer Varela, head of the Ministry of Health, reported that, worldwide, there are 151 vaccine candidates in the preclinical phase and 42 candidates in clinical evaluation . Of these, 10 are already in phase 3.

The Sinovac and Sinoforma vaccine projects are based on the inactivated SARS-Cov-2 virus . The vaccines of the companies AstraZeneca, CanSino, Gamaleya and Janssen work through adenovirus vectors . Moderna and Pfizer work with messenger RNA , and Novarax is based on a “novel” protein subunit , Alcocer Varela explained. 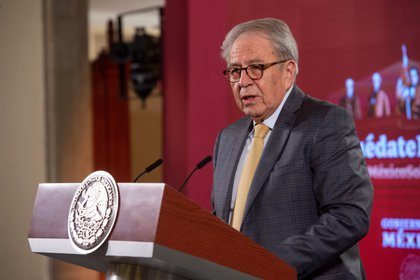 The Mexican government formalized its participation in the UN Covax mechanism to ensure 20% of the Mexican population access to the vaccine against the SARS-CoV-2 virus, which may come from one of the 18 participating international projects.

In addition, the country participates in a joint initiative with Argentina and the private laboratory AstraZeneca to have access to the AstraZeneca-Oxford vaccine and has signed two more agreements with Pfizer and CanSino Bio.