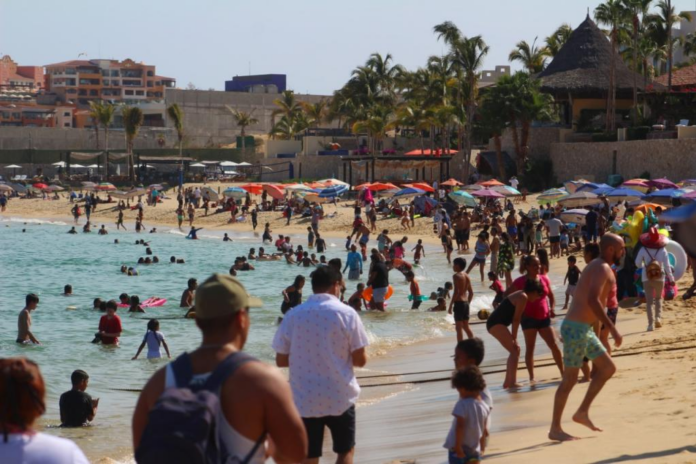 Erick Santillán, municipal director of Civil Protection, in an interview for CPS Noticias, reported that during Easter the beaches had nearly 100,000 visitors, who, as far as possible, complied with the provisions established by the Health Safety Council for what is defined as white balance.

He revealed that Holy Week started on March 26 and will end until April 11.

He stressed that last week there were many people who tried to camp, but fortunately they understood the message so it was not necessary to make anyone available to public security, although the reluctance was besieged on Sunday on the beach of “El Médano” where it did require the arrival and intervention of the public force to get the people to withdraw.

“We are talking that it was a beach that had to be closed at 7 at night and we had to arrive with public forces to be able to withdraw people at ¼ for 8 at night, it was understandable but unfortunately we had to show strength, but at no time is anyone penalized, “he said.

Finally, he pointed out that both the hours from 7 to 7 for beaches and the operations will continue until April 11, which also apply to bars and restaurants where and until the afternoon of this Tuesday, April 6, 4 warnings have been made, all in Cabo San Lucas who only need to establish the pertinent sanctions.