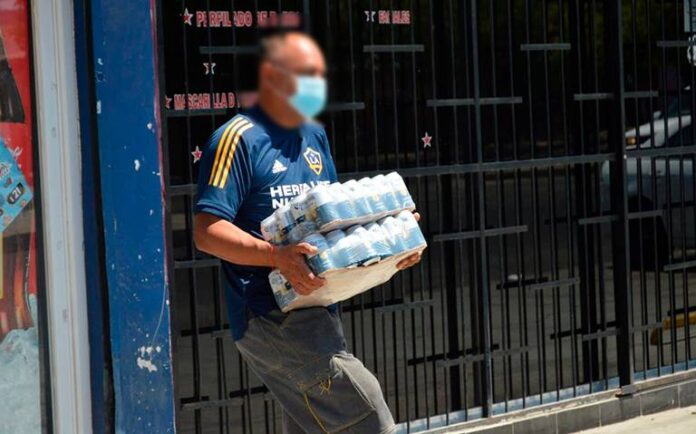 The five municipalities announced the measure and the schedules

La Paz, Baja California Sur.- Election day is approaching and with it the agreements reached by the 5 municipalities of the state where it was determined to apply Dry Law, which will prohibit the sale and consumption of alcoholic beverages one night before June 6 and one day prior to the election.

The Electoral Law of the State of Baja California Sur in its article 142 mentions the following: “On the day of the election and the preceding, in the opinion of the municipal authorities by means of a council agreement and in accordance with the provisions in force on the matter, it will be ordered when It is essential to preserve the order of the electoral day, the closing of the establishments that sell intoxicating beverages ”.

Meanwhile, the Loreto municipality council authorities unanimously determined to suspend the sale of alcoholic beverages at 9:00 p.m. on Saturday, June 5 and until 10:00 a.m. on Monday, June 7, 2021; In Comondú, the suspension was determined from 3:00 p.m. on Saturday 5, concluding on Monday 7 at 8:00 a.m., in establishments such as restaurants, canteens, warehouses, miscellaneous, groceries, and commercial stores established in that municipality.

It should be noted that merchants in the municipality of Los Cabos raised their voices due to the provision to apply Prohibition in that tourist destination, through a petition letter addressed to the authorities so that the council would only approve the suspension and consumption of alcoholic beverages on Sunday, June 6.

For his part, Armando de la Cruz Navarrete, vice president of small businesses of the National Chamber of Commerce, Services and Tourism (Canaco Servytur) of Los Cabos, commented that they delivered a petition addressed to the mayor where they asked that the Dry Law begins on Saturday 5 at 10:00 p.m. because businesses have been severely hit since the start of the health pandemic by Covid-19 and many have not been able to get out of this bad streak, a matter that was authorized by the council of that municipality.

Finally, this determination is a preventive and temporary measure, which aims to maintain public order in the largest electoral process in history due to the level of citizen participation that is expected, since in Baja California Sur the governorship will be at stake, 16 local councils, 2 federal councils, and 5 mayors.