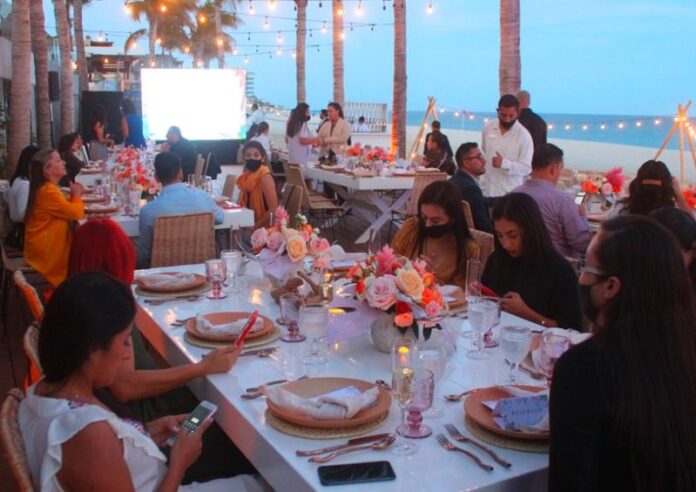 In the country, according to estimates, wedding tourism events generate spills of millions of dollars

To exploit romance tourism and destination weddings, La Paz has its eyes set on the US, a country that uses this modality in a quarter of the 350,000 weddings it performs each year, according to figures from WeddingWire and TripSavy; also taking advantage of the fact that the US market is currently the most important for BCS destinations.

In this regard, Fátima Avilés, director of the La Paz Tourism Trust, shared that destination weddings represent 20% of the tourist activity in this destination, an important modality, since in this type of events they are considered quiet places and in contact with nature like ours.

He explained that small groups normally travel, made up of close friends and family members of the couples; Many times they even rent a complete hotel to make their event in a comfortable way.

In reference to this scenario, he explained that the west coast of the United States is important for the tourist promotion of La Paz, since in the region it participates in fairs and events that are vital to give confidence to people to travel to the capital, however, He highlighted that destinations on the other side of that country such as New York, Chicago, Toronto and Vancouver, are identified as potential markets, due to the contrasting climate, when there is a freezing climate there, they take refuge in destinations such as BCS.