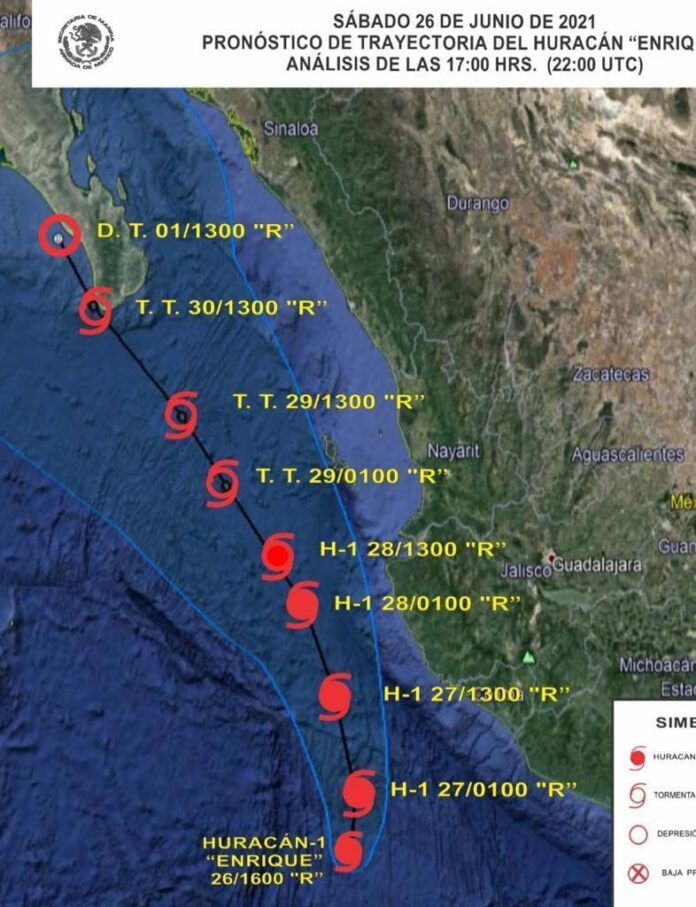 Naval Sector authorities announced that Tropical Storm “Enrique” has become a Category I hurricane, located in the central part of the Mexican Pacific and with forecasts of passing through the coast of Los Cabos next Wednesday, so the maritime community should be attentive to the weather releases, in addition to announcing the closure of the port of CSL late Saturday night.

According to the Maritime Meteorological Analysis and Forecast Center of the Naval Sector, they indicate that on the afternoon of Saturday, June 26, Enrique was located 256 kilometers southwest of Manzanillo, Colima and with a displacement to the northwest at 11 kilometers per hour.

They indicate that this meteor brings with it winds ranging between 139 and 167 kilometers per hour, in addition to waves greater than 4 meters high.

They say that heavy rains and high seas are expected in the coastal states of Colima, Jalisco, Michoacan and Guerrero, in addition to indicating that there are forecasts that on Monday it will be 185 kilometers to the west-southwest.

They point out that this phenomenon will maintain its trajectory in the coastal area of the central Mexican Pacific.

In the same way they indicate that the weather forecasts of this Saturday are that the south coast of the peninsula will be affected with high well and some showers from the late night.