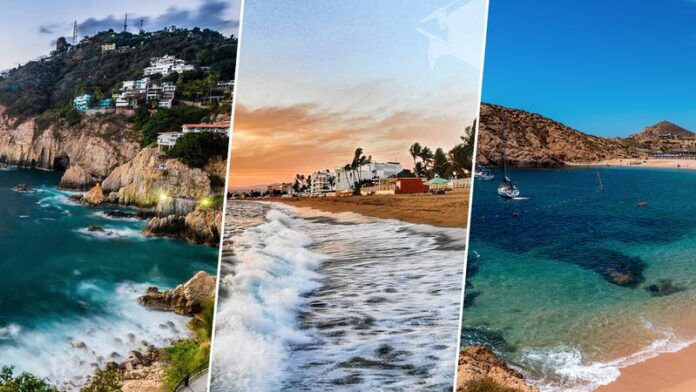 In Mexico, beaches such as Acapulco, Manzanillo, Mazatlán, and Cabo San Lucas will be affected in the coming years due to the climate crisis, if real actions are not taken to combat greenhouse gases.

The Earth is warming so much that temperatures in about a decade will likely exceed a level of warming that world leaders have tried to prevent, according to the sixth report on the climate crisis of the United Nations Intergovernmental Committee on Climate Change (IPCC, for its acronym in English).

So the National Aeronautics and Space Administration (NASA) warns that under a warmer climate, sea levels around the world have risen and “are expected to continue to rise in the future.”

“Projections of future sea-level rise are critical for coastal planners and policymakers trying to understand and explain the impacts of sea level on their communities,” says NASA in the presentation of its Level Projection Tool. del mar that takes up the data published by the IPCC report.

According to this new tool that assesses the impact of climate change on the oceans on a global scale, various beaches would see an increase in sea level, as for Mexico, 14 places would be affected:

The data from NASA’s tool is projected in six scenarios, from human action to reduce the greenhouse effect to the most critical scenario with high rates of pollutants and no public actions.

Within the medium to high SSP3-7.0 scenario without any additional climate policy, and with particularly high emissions:

Human influence has been the main driver of ocean warming since the 1970s, and ocean acidification, according to the report,

The report revealed that the last decade for the Earth was hotter than any period in 125 thousand years, when the sea level was up to 10 meters higher, highlighting for the first time as “unequivocal” the human action in the acceleration of this crisis.

According to National Geographic, rising sea levels are linked to three main factors, all induced by climate change:

Thermal expansion:  When water heats up, it expands, so when the oceans heat up, they take up more space.

The following two factors were mentioned in the sixth IPCC report on the crisis.

Melting glaciers:  Large ice formations, such as glaciers and polar ice caps, naturally melt in summer. But in winter, the precipitation in the form of snow, composed mostly of evaporated seawater, is usually enough to compensate for the thaw, explains National Geographic.

However, the high temperatures that cause the “Earth to burn” are responsible for the amount of ice that melts in summer have increased and snowfall has decreased due to delayed winters and early springs, which causes an imbalance caused that generates an increase in the rainwater that runs on the earth, compared to the evaporation of the oceans, causing the sea level to rise.

The freshwater generated by melting at the surface and the seawater under its surface are seeping under the ice sheets, lubricating the ice currents and causing them to slide more quickly towards the sea, according to National Geographic.

Perrita Luna will have justice! They exercise criminal action against the dog abuser

Mexico: Bureaucrats ask for sexual favors in exchange for their services