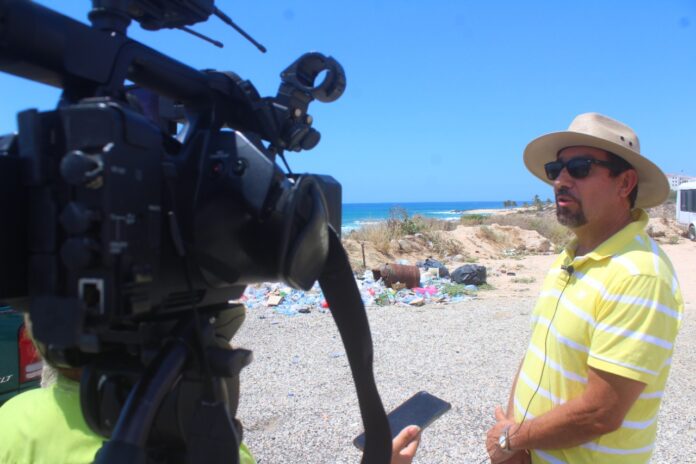 Derived from a citizen complaint, CPS Noticias went to a bus stop located next to a well-known hotel in the tourist corridor at kilometer 21.5, where we found a large amount of garbage that is mostly plastic and plastic containers. Alcohol is therefore undoubtedly left behind by people who park in the area for work purposes or simply to enjoy the view of the sea.

During our tour of the area, we met Mr. Ignacio Rizzo, a visitor to our destination who, in a conversation with this journalistic medium, said he was surprised that such a beautiful view was overshadowed by so much garbage.

“I’m here just passing through, he’s coming for a vacation, but it seems unheard of for me to have that garbage dump in such a beautiful and ecologically preserved place. I call people to be aware that it is wrong, I really do not know what the problem is or because this accumulation of garbage has arisen, but it should not be a place especially in a paradise like Los Cabos is here “, he claimed.

He explained that his impression of Los Cabos and BCS has been so much that they are thinking about establishing the area and although finding areas with so much garbage does not take away his motivation, it does generate great doubt as to why there may be dumps of such magnitude in view of all without anyone doing anything about it.

Faced with this, he finally made a call to both the population and the authorities.

“To the authorities that pay more attention to these types of situations because I believe that they have the capacity to solve it only, maybe it is a call for them to know the problem and attend to it, I imagine that they will take letters shortly. in the matter”.