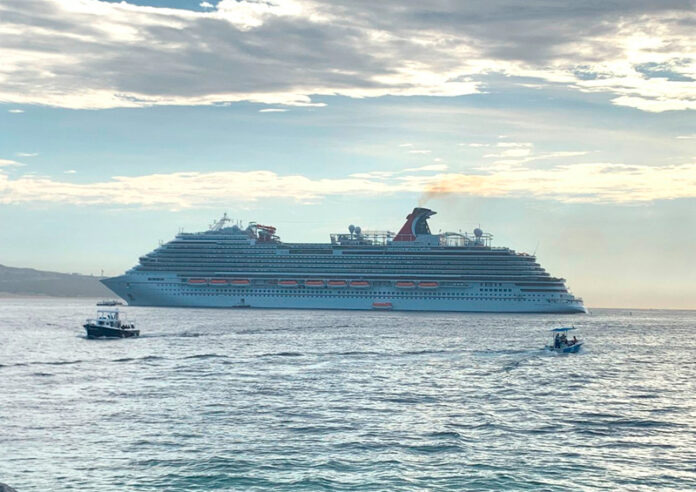 Arturo Mussi Ganem, president of the Mexican Cruise Association, announced that the arrival of the Carnivale Panorama to Cabo San Lucas will bring large currencies that will exceed 4 million pesos, because each cruise passenger spends around $ 80 on their visit and the mega cruise brings with it from 2,800 to 3,000 passengers, which is considered safe tourism, the next cruise to arrive will be the Disney on October 3 with more than 1,800 visitors.

He indicated that the previous arrivals of the Carnivale Panorama to the ports of Vallarta and Mazatlán were successful, he does not doubt that in Cabo San Lucas it is the same because there are strict sanitary measures to receive tourists, they even come with double vaccination, passengers who they will be monitored all the time.

“The boat comes at 70% of its capacity and everything has been very well organized; We hope that little by little the other cruises will be reintegrated, since we have to rebuild the tourist life and the economy of the places, of course taking extreme care of health and protocols ”.

He stressed that it was time to reactivate this segment of tourism, so it is a fact that cruise ships return to Mexico. Los Cabos began with the reactivation of airports, hotels and restaurants, only the cruise ships were missing and finally after a year operations were resumed.

He pointed out that, according to information from the Bank of Mexico, cruise tourists have a per capita expense not of $ 60 as stated by the Integral Port Administration but of $ 80, which translates into more than $ 224,000 in one visit, that is, above 4.2 million pesos.

“More apart what it leaves the port, because Cabo San Lucas is one of the most expensive destinations in the Pacific in terms of operating costs, so the arrival of this ship leaves more than a million pesos for tax expenses of exploitation”.