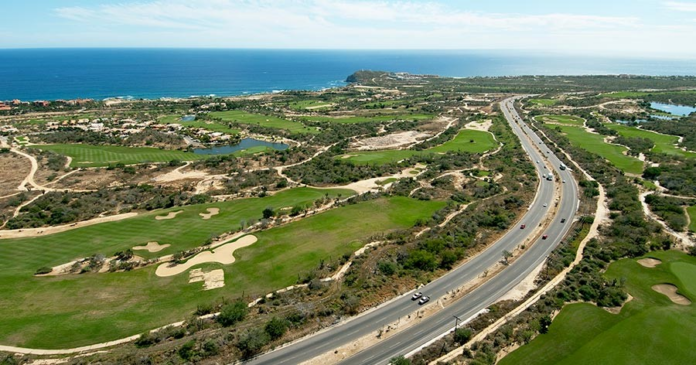 In recent days local legislators emanating from the Labor Party, Cristian Agundez and Luis Armando Díaz agreed on the imperative need to ask the Los Cabos City Council as well as the Ministry of Communications and Transportation (SCT), information on the modernization works of the highway section of the Westin Regina Hotel – Puente “El Tule”, since like many citizens they do not agree to exchange the federal highway for another, an issue that resurfaces after 5 years.

Luis Armando Díaz, presented days ago a point of agreement before the State Congress requesting information on the matter from the municipal and federal authorities, because in June 2018 the term of 30 months that was granted to the company Golfo de California, Hoteles y Fraccionamiento, SA de CV to carry out the work of the new highway section, however, it is unknown what happened to the matter, because developers continue with the construction work.

In 2015, some businessmen were interested in creating a section of road to exchange or change it for a part of the Cabo San Lucas – San José del Cabo Tourist Corridor, a situation that outraged the community, holding demonstrations and protests against the new highway project, due to the fact that businessmen from the time of the Carlos Salinas de Gortari government contributed a percentage for the construction of the 4-lane highway.

It is said that the highway section would have several hotels, becoming the most important route in Los Cabos and of course, that motivated the businessmen to push the project until they obtained the consent of the XII municipal administration in December 2015, that is to say, the members of the Cabildo at that time approved the exchange of the Tourist Corridor for the new road section built by developers, of course, all under a series of conditions, there are even videos on YouTube of that Session.

It should be noted that days ago municipal authorities indicated that there was an important advance of the highway stretch built by developers that include 8 kilometers.

Meanwhile, the State Congress requested from the State Secretary of Communications and Transportation data on the decisions in the extraordinary public session of December 9, 2015, and that talks about the transmission of the Tourist Corridor to the Municipality of Los Cabos and the authorizations given to developers.