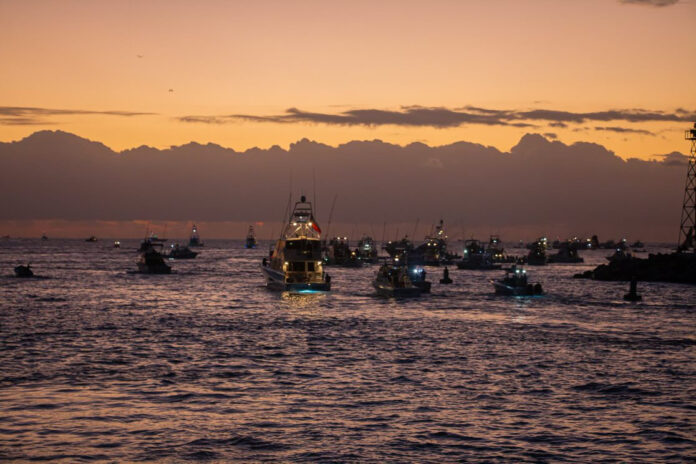 For the first time in the history of the Bisbee’s Black and Blue Tournament, there was a millionaire purse of almost 10 million dollars

It’s today, it’s today! The exciting and most anticipated fishing tournament Bisbee’s Los Cabos Tournament managed to bring together over boats for its Los Cabos Offshore edition that, after the starting shot fired by Mayor Oscar Leggs Castro, in the company of the tournament organizer Clicerio Mercado, They went into the sea looking for the great specimen of marlin that will win a prize pool of almost 2 million dollars to the winners.

“There are many new teams from other states of the Mexican Republic, the United States, Japan, Canada, among other countries. That tells us about the trust that exists in destiny. It was a very pleasant surprise and more than anything, a reflection of what Los Cabos means for sport fishing ” , expressed our good friend Clicerio Mercado.

The fishing days will be October 15 and 16, the awards will take place on the 17th at the María Corona restaurant at 7:00 pm. For fishing days, the boats will be able to enter the weighing station from 2:00 pm to 9:00 pm.

If you want to find out who the winning teams are, we recommend you follow the official Bisbee’s page, where you can find the live score.

Bisbee’s tournaments have become part of our traditions in Los Cabos, attracting numerous fans of this sport who, along with local fishermen and captains, are part of this great festival.