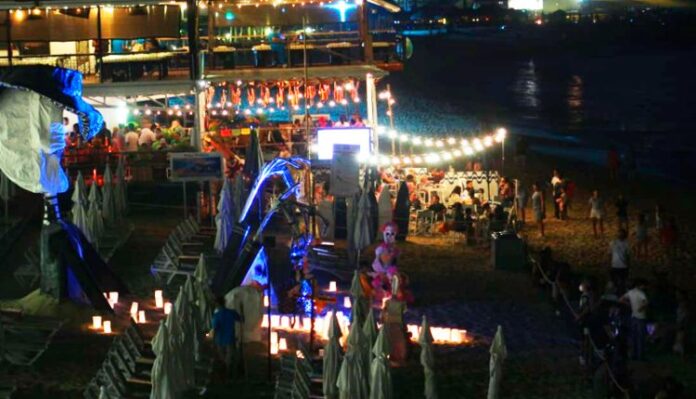 The first nautical parade of the Day of the Dead took place with around 40 boats decorated with lights and music. The objective is to enhance Mexican traditions, in a multicultural tourist destination like Los Cabos, a unique attraction in the country.

A large attendance had this attraction in the bay of Cabo San Lucas because the road traffic in the area of El Médano and Paseo de la Marina was saturated for several minutes. Hundreds of families were looking for a place to appreciate this cultural event.

Organizers of the event indicated that more than 40 boats of different sizes participated in this nautical parade, which for several minutes were circling the Cabo San Lucas bay.

They add that this cultural artistic activity carried out in the bay of CSL will seek to perpetuate it and add it to the Nautical Christmas Parade and form a habit of this Mexican tradition; That could be a charm for tourists and locals.

The beaches of El Médano and 8 Cascadas were attended by families who enjoyed this show of lights and music. It lasted about an hour. Some of the comments made by one of the spectators is that a contest should be held for the most ornate boats and in this way offer something highly attractive.

The activities began on Monday, November 1, with the opening of altars of the dead in the marina dock, just behind the Puerto Paraíso commercial plaza in Cabo San Lucas, as well as different sections along the coastal marina.

Among the artists who performed on stage was the folkloric ballet “Fiesta California”, the traditional pre-Hispanic dances of the “Calpulli Yenecamú” and the great musician-vocal concert of “Las Conde”, from the city of La Paz.

The popular festival also started on Monday, where some artisans exhibited their pieces for sale, which will be during the two days of the festival, that is, November 1 and 2.

Today the activities of the second and last day will continue, at the same points, but this time closing with the main course, that is, with the nautical parade alluding to the Day of the Dead, in its first edition.

This Festival is included in the Los Cabos Christmas Nautical Festival, thanks to the great success it has achieved, especially with citizens who go to the marina, beach and establishments where they see the show pass between waves for free.

One more activity that will surely remain in force annually for the enjoyment of residents and tourists.