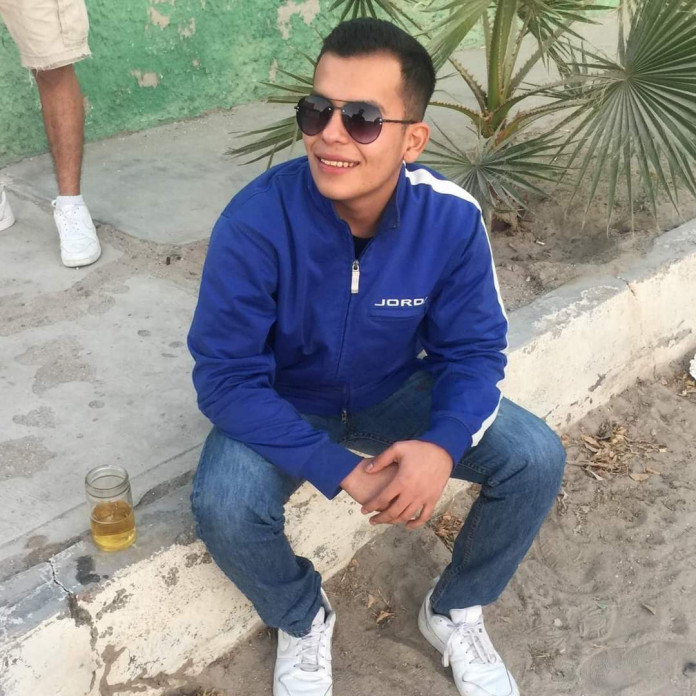 The sushi chef, Eduardo León Oribio, was leaving to celebrate his 22 years when a bullet ended his life.

La Paz, Baja California Sur. – When the sushi chef, Eduardo León Oribio, was leaving to celebrate his 22nd birthday, he was shot dead on Esquerro Street between September 16 and Agustín Arreola.

It all started around 1:33 in the morning of this Friday, when the celebrant who had just had his birthday on December 11, left the Cotorritos Bar in the Historic Center of the State Capital.

The chef of the Baja Ramen sushi business was outside talking in a ball with friends when a white Silverado pickup truck passed by, so, as it was invading a part of the street, the driver and other crew members shouted verbatim, “ Get the fuck out of the way!

The latest model truck hit the left arm and shoulder of one of the young men who were outside, so his reaction was to hit one slap to the back glass of the truck.

The person named José Heriberto Pérez Torres, an agent of the State Preventive Police, who was frank at the time, observed that the pick-up truck stopped 15 meters ahead.

Then he walked to the vehicle, and complained to the driver with a thin complexion, black hair and about 30 years old, about his behavior, responding that ” he had thrown the truck forward because it was blocking the way .”

When he observed a threatening attitude, the policeman only managed to say ” be more careful “, and just when he stepped back, another young man approached and began to punch him on the head.

2.- Ángel Iván Castro Mondragón , 21 years old and a sailor employee of a yacht, had an impact on his left hand.

4.- Jorge González, 20 years old, and a student occupation, received a scratch on his right leg.

When the shooting began, the young men who were in a ball ran off in different directions.

The State Preventive Police agent, accompanied by his friend, Sergio Moore, tried to take cover, but the bullet had already hit his left arm.

In intense pain, he walked to the Scotibank bench, and noticed that he was bleeding and began to feel pain in his right groin, but after checking himself, he saw that he had no injuries.

Amid the shouts, when the driver of the Silverado pickup truck fled, those present began to shout that there was a person injured and lying on the pavement.

Just when the scandal was happening, a patrol of the State Preventive Police passed by, requesting the presence of rescue units and the Tourist Police, Municipal Police and National Guard.

Later, the injured officer was transferred to the ISSSTE Hospital.

The police himself ruled out that the attacker was the driver of the truck, because, when the shots were heard, they were hitting him on the head.

However, and according to almost all the testimonies collected at the scene, the aggressor was a person who was in the back of the Silverado pick-up truck, who they observed when the weapon began to detonate.

The victim was left lying on the floor, tragically dying almost immediately, after celebrating his birthday.

Baja Ramen Sushi Cuisine Fusion Team mourns the unfortunate death of our colleague and friend Junior Eduardo Leon Oribio.
God give strength and resignation to your loved ones to face this unfortunate situation, which is why the restaurant will be closed today, Friday, December 17, 2021, resuming operations on Monday, December 20, 2021 Thank you for your understanding.