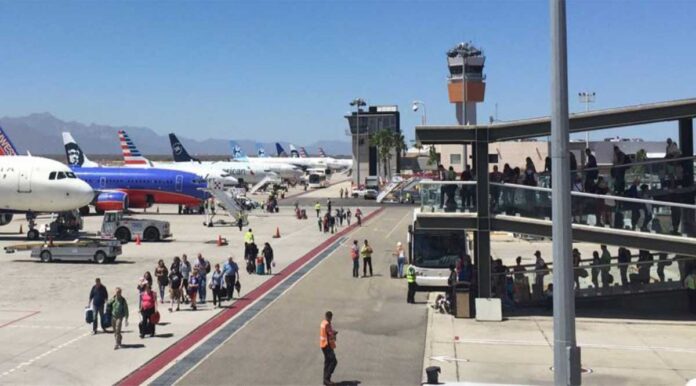 After the announcement that this week it would start charging foreign tourists for an amount of 350 pesos in Baja California Sur, the Los Cabos Hotel Association (AHLC) explained that the charge will be made through QR codes.

The president of the Board of Directors of the Los Cabos Hotel Association, Mauricio Salicrup, explained that although the idea was that the collection would be made through the hotel sector, it was not their responsibility.

He explained that, as a sector, they will have the commitment to convince foreign tourists to stop paying for the use since it is not mandatory, but voluntary, “tourists will be able to pay for a QR, when making their reservation, arriving at the destination or leaving “, He said.

For her part, the executive president of the Los Cabos Hotel Association, Lilzi Orcí, pointed out that the intention of charging hotels is on the table but they are seeing that this does not affect them fiscally because it is not a resource as such for them.

He explained that a technical committee of the trust was created that will collect the resource, that committee was made up of 50 percent of the private initiative and 50 percent of the government, an agreement that seemed acceptable to them since they will have a voice and a vote.

70 percent of the guests who stay in hotels are foreigners, annually Los Cabos receives just over 2.5 million tourists, so the collection would be based on how effective the collection is.

The issue of tax collection will be regularized, a resource that will be used for urban infrastructure and improvement of communities, sports, culture, and housing.

For The Latest Mexico News About Living, Working, Investing, or Retiring in Mexico Please Join and Share our Page Click Here