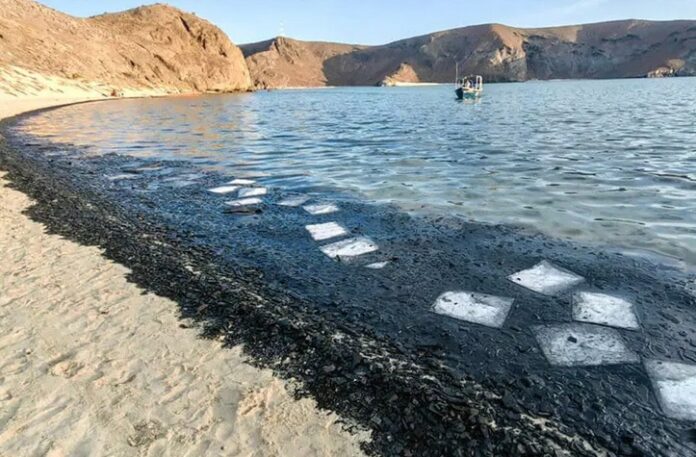 A cleanup brigade of officials and more than 50 volunteers have cleared 10 tonnes of waste — including oil, diesel fuel, ash, and soot — from a beach that has been described as the most beautiful in Mexico after a yacht sank nearby last Sunday.

The garbage removed from Balandra beach, located near La Paz, Baja California Sur, also included the wreckage of the yacht Fortius, which caught fire and sank. On Monday, the National Commission for Natural Protected Areas (Conamp) declared an “environmental contingency” and closed the beach.

Twelve people were rescued from the 24-meter-long yacht Sunday evening, with no injuries reported. The boat went down within the Balandra Natural Protected Area, which is off-limits to motorized vessels.

On Thursday, officials reported that diesel fuel was still leaking from the boat. How much fuel might have been spilled has not been revealed but a spokesman for the navy described the quantity as “considerable.”

Activists and some politicians have called for fines to be meted out to the owners of the boat but Governor Víctor Castro Cosío took a more conciliatory stance.

“This is the kind of thing that can’t be anticipated, it was a fire on a boat. I think the whole community understands that it was an accident. This could happen with a car in the city and a gas spill. The owners, poor people, experienced losses as well,” Castro said.

An environmentalist with the international organization Oceana was among those urging fines.

“Admonitory fines should be imposed on the owners to cover the cost of repairing the damage and to deter this kind of situation in the future,” said Miguel Rivas.