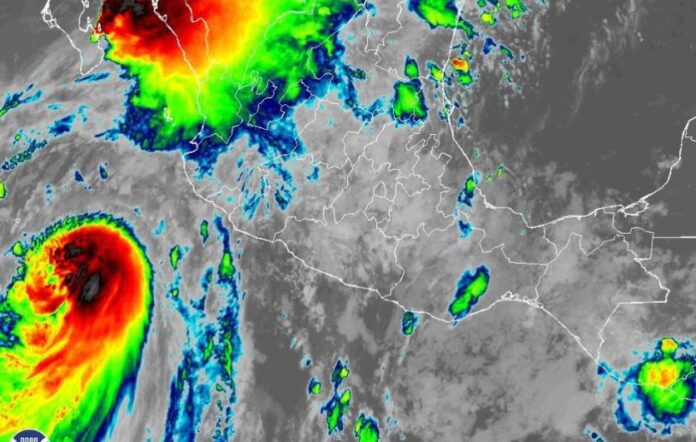 The forecast has Hurricane Kay tracking near the Baja California peninsula and the Mexican coastline.

Reports from the National Hurricane Center this Tuesday morning indicate that Hurricane Kay’s maximum sustained winds remain in the region of 80 to 85 mph.

If Kay continues on a northwest track and intensifies, then the Baja California peninsula could get a near or direct hit between Wednesday night and Friday morning.

Portions of the Mexican coast are also at risk, with residents being asked by the National Meteorological Service to take “extreme precautions” due to the projection of heavy rains.  If the forecast proves true, this may lead to an increase in the levels of rivers and streams and cause issues in low flood zones.

Residents in these areas should remain vigilant as flash flooding, landslides, and large swells are forecast across portions of southwestern Mexico, including the Baja California peninsula.  These swells will likely cause life-threatening surf and rip current conditions.