The initiative of legislator Juan Martínez Flores seeks to eliminate the term “United States” since it is not equivalent to a federal republic, citing the examples of Brazil and Venezuela

A federal legislator from Morena, the party of President Andrés Manuel López Obrador, proposed this Monday in the Chamber of Deputies that the country, as well as its Political Constitution, change its name officially.

Juan Martínez Flores, from the majority parliamentary group, sent his initiative for the name of the country to be Mexico and not as up to now the United Mexican States. The Magna Carta, therefore, would be called the Political Constitution of Mexico. 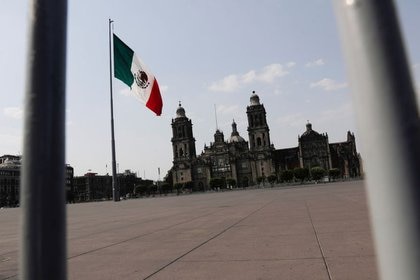 The political Constitution of Mexico would be the new name of the Magna Carta (Photo: Henry Romero / Reuters)

“The current Constitution, promulgated in 1917, establishes that the official name of the country is the United Mexican States. However, the widespread use of the Mexico synthesis, common to all the previous names, allowed it to prevail as a common name ”, he assured.

The name of Mexico has changed over the centuries and, he explained, has been the subject of debate in the different historical stages. Since its birth as a homeland, the term Mexico has been used, a word that comes from the Nahuatl language and is divided into two parts: Metztli, which means moon, and xiclti, which means navel, therefore Mexico means “in the navel of Moon”.

In his explanatory statement, the deputy pointed out that “precisely Mexico is the name that gives meaning and essence to our nation. ” “The name of Mexico contains the idea of ​​autonomous and independent states in its interior and that represents a federal pact towards the exterior,” he completed. 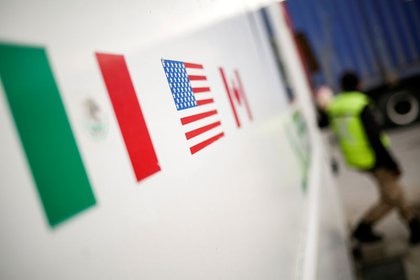 The name in Laws and other important documents will change gradually if the initiative is approved (Photo: José Luis González / Reuters)

According to Martínez Flores, the term “United States” is not equivalent to a federal republic, and that is why some Latin American countries, such as Brazil and Venezuela, called themselves the United States when they recently became independent, but they have already changed their names to remain as we name them today.

“In the same way, before many international organizations such as the OAS (Organization of American States) or the UN (United Nations Organization) they simply call us Mexico: we are known as Mexicans and we identify ourselves culturally and historically as such and our nation simply like Mexico ”, he argued.

With these reforms, Article 1 of the Constitution would read as follows: “ In Mexico, all people will enjoy the human rights recognized in this Constitution and in the international treaties to which the Mexican State is a party, as well as the guarantees for their protection. , whose exercise may not be restricted or suspended, except in the cases and under the conditions established by this Constitution. 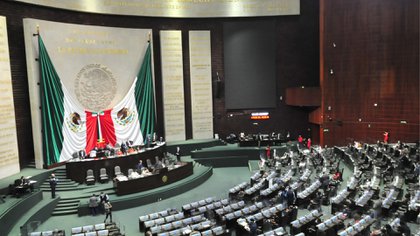 Most of Morena has not announced whether it will support the initiative (Photo: Courtesy)

“In addition, in the Laws, other provisions, official seals, official documents, flags, and shields will continue to be in force and will gradually change, in the same way for coins and bills they will begin to be printed with the new name and will circulate together with the current ones so that in the medium or long term they will be replaced ”, he concluded.

The proposal of Martínez Flores, who had COVID-19 and recovered at the end of July, must first go through Commissions, where it will be analyzed, and then, if they have their permission, it will go to the Plenary. Morena’s parliamentary group, a majority in the Chamber of Deputies, has not announced whether it will support the initiative.

Fines on federal highways: why can I get an infraction?

New cellphone and data service now available in Mexico for a little as 700 pesos a YEAR!