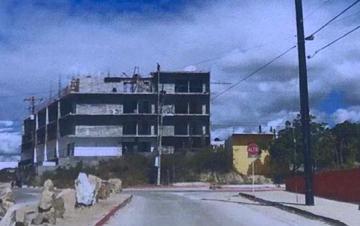 Ussiel García, general director of the Municipal Planning Institute (Implan) in the Municipality of Los Cabos, announced that the entity requires a Territorial and Environmental Management Court to enforce the Urban Development Plan and the Los Cabos Ecological Ordinance Plan, since there is no one who applies the sanctions or the observance of compliance with these urban planning instruments, that is why some developers abuse by building above all officially established norms.

He indicated that there are known constructions that do not comply with the Urban Development Plan in the municipality of Los Cabos, that is, they violate this urban planning tool provided by the authority, as in the case of Colinas de Cabo Baja and Jacarandas, in which developers they build extra levels when there are provisions that prevent it.

He explained that in theory, the existing planning instruments in the Municipality, such as the Urban Development Plan and the Los Cabos Ecological Ordinance Program, since they are officially published, are publicly mandatory, that is, beyond what the authorities are monitoring. If these provisions are complied with, there must also be mandatory compliance by the citizenry.

“Somehow, and not only in Los Cabos but in all of Mexico, there is a lack of sanctions and the observance of compliance with said instruments, no municipality has deployed to be supervising and monitoring compliance with those established in each construction.”

He pointed out that this part of the sanction for violations in municipal programs or plans is a part that must be further analyzed and regulated, because it is little worked, including from federal legislation.

“For example, the Federal Law on Human Settlements marks anti-compliance provisions, as well as non-observance of urban development plans, so they are issues that must be implemented and know what the sanction measures are since they are not there are, that is, they must be clearly specified, especially when it is being observed directly ”.

He stressed that, in other states of the country, very few have created the Procuradurías de Ordenamiento Territorial y del Medio Ambiente, a law enforcement figure that is lacking in Baja California Sur and that are very effective.

“There is no law enforcement, currently there is the executive part that establishes the uses, the same that regulates it, but the part related to the application of the regulations and the legal elements in force is missing, that other leg of the table is the one that is needed in the entity and that should be consolidated ”.

He indicated that not only the construction issues in the urban area would be addressed, but also the environmental part.

“In the entity, this point should be considered and it would work very well, it could be a figure in both La Paz and Los Cabos because some constructions violate the Urban Development Plan.”