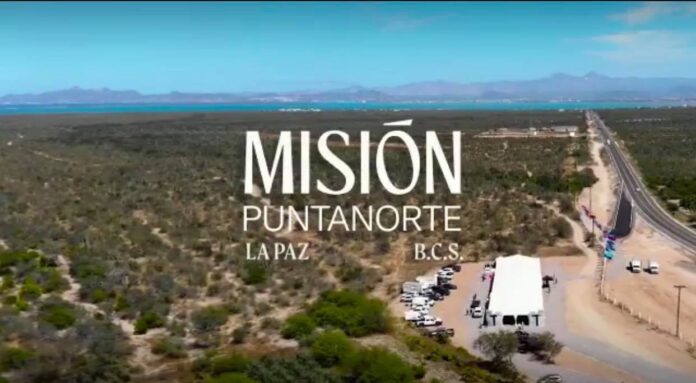 During the twenty-seventh extraordinary session of the council in which, with 9 votes in favor, 5 against and 1 abstention, the change of land use to the Misión Punta Norte real estate development was approved for the construction of 4,613 homes.

In this regard, José María Avilés Castro III councilor and president of the Commission for Urban Development, Ecology and Environment, firm in his position, insisted that the Cabildo does not have the powers to make modifications to the Urban Development Program of the Population Center of La Paz ( PDU ), this is due to the fact that the project that Punta Norte intends to carry out in the property called ” Zacatecas ” is incompatible with the legal provisions and guidelines of the PDU.

He said, if a modification to the PDU is considered in his case, this must be agreed through a public consultation and with specialists in the matter, a procedure that until now has not been carried out either.

“I believe that it is not possible that in a council session a vote is taken for a change in land use when Article 17 of the Urban Development Law itself clearly indicates that the procedure for making adjustments, modifications, changes or updates in the Development Program Urbano has to be done according to a procedure, which involves public consultation, the participation of technicians, specialists, and that finally decides on the modification or update of the PDU, so we stayed five against and one abstention that there was no de facto modification to the PDU ”, he sentenced.

Similarly, the eleventh councilor Alicia Arvizu Higuera pointed out that the approval of the change in land use throws away the work carried out by civil society and authorities involved in the preparation of the PDU, emphasizing that with this approval the resources Natural conditions are altered, as well as disorderly growth, also putting into context, according to studies carried out by various environmental organizations, the alarming concern derived from water stress.

In this sense, Avilés Castro stressed that in view of this fact, the donation of a water well located in the area was raised in the opinion to supply all the lots, however, this would not cover even 10%.

“That water well, according to the technical opinions that a server was able to obtain with specialists in that area, does not even provide for 10% of the houses that are going to be built; It was also ruled the obligation to build a desalination plant, however, the desalination plant carries a series of requirements and environmental impact opinion that takes time and within the considerations of the urban impact project presented by the company itself, not The issue of the desalination plant appears, however, in the agreement of those who voted in favor of the conditional that there be a desalination plant, it would be necessary to see in what terms it is going to be carried out because a whole process is needed for its authorization “, he concluded.