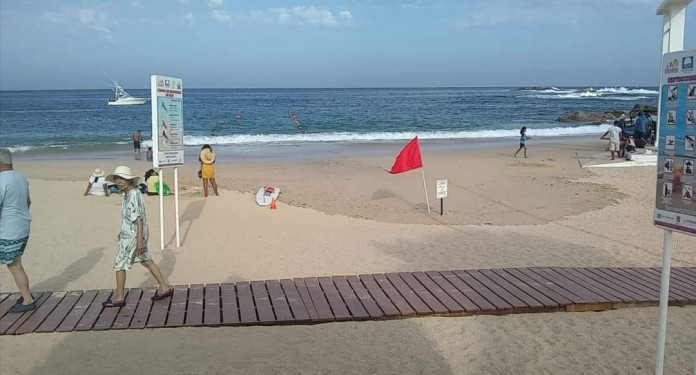 Cabo San Lucas. Giant waves drags couple of foreigners; they only find the body of the woman of Canadian origin.

3 foreign tourists would have been enjoying the sea when they were swept away by a wave, elements managed to remove a woman from the shore who received CPR maneuvers, however; passed away at the scene.

According to the authorities, around 3:45 p.m. on Monday, they were alerted that in the beach area of a hotel located in the Pacific Ocean area, three foreigners were dragged offshore by the strong waves.

After the mobilization, the lifeless body of a female staff named Danielle “N”, originally from Canada, was rescued.

At this time, there are maritime authorities conducting search for what would be 2 of the companions of the deceased, of which no remains or any sign of life have been found.

It should be noted that, in recent days, a red flag was placed on some beaches in Los Cabos due to strong swell caused by the swell that is on the coasts, unfortunately, it already cost a life.

Victims were staying in a hotel in the tourist corridor, but came to Cabo San Lucas, to walk along the beach of a hotel, located in the Mexican Pacific area.