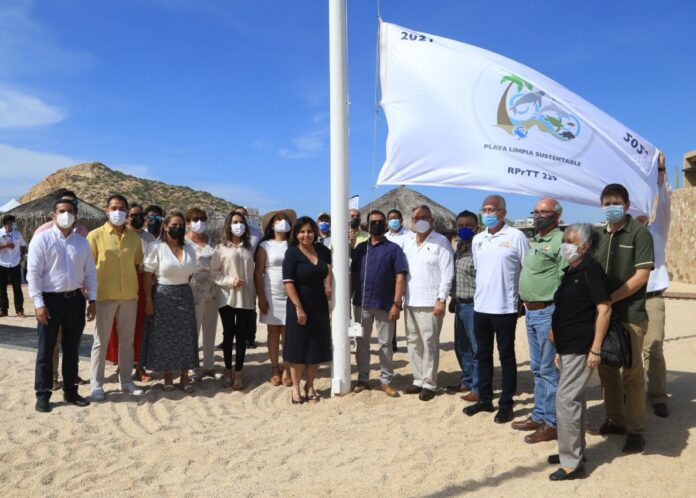 The Mayor of Los Cabos Armida Castro Guzmán received from the Mexican Institute of Normalization and Certification A.C. (IMNC) certifications that endorse Playa Palmilla, El Chileno, Acapulquito, Santa María and Las Viudas as Platinum Beaches, Beaches with Good Practices for a Healthy and Safe Environment (PASSE) and Clean Sustainable Beaches at the National Level (White Flag), making Los Cabos the first coastal municipality in the entire country to have 5 beaches that have the aforementioned certifications.

The mayor affirmed that the beaches are what motivate tourists to visit Los Cabos, they are generators of employment and growth; For this reason, the great interest of continuing to offer those who visit this port and become promoters of Los Cabos, a safe and clean space.

For his part, the municipal coordinator of ZOFEMAT Los Cabos, Javier Ontiveros Fabián, mentioned that the certifications received are under the NMXAA120SCFI2016 modality; Previously, Los Cabos only had two certified beaches, Chileno and Palmilla, now, three have been added: Santa María, Las Viudas and Acapulquito, making a total of 5 platinum beaches, clean beaches with a healthy and safe environment.