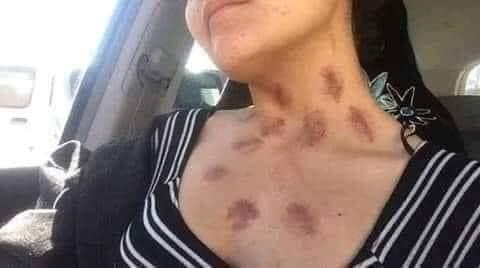 The 22-year-old testified that after lying on the sand, a gust of wind entered her legs, and then she became pregnant

A case in Cabo San Lucas, Baja California Sur, has been causing many reactions on social networks, because of how strange and unusual it is, after a woman originally from Guerrero, assured that she became pregnant, after a gust of wind touched her body, when she was lying on the beach of El Chileno.

The story told by Ana Mamaría Rico, originally from Acapulco, Guerrero , surprised even her relatives, who according to what the 22-year-old girl told her, the pregnancy happened after lying down in the beach area.

As every day, according to the young woman’s version, she went to church, and after leaving she went to El Chileno beach, located in the tourist corridor from Cabo San Lucas to San José del Cabo.

“ After performing the afternoon prayer, I went to the beach, and after lying down on the sand, I felt a gust of wind coming through my legs. Then, after stopping the wind, I stood up and got into the water and began to feel that my belly swelled, and after several days, I observed that it began to grow, “he explained verbatim.

Thus, and after going to the second appointment, the doctor confirmed that she was pregnant!

The woman assured that her baby is not the product of any love relationship, because she does not even have a boyfriend, so the case has been taken as unusual by the authorities themselves.

The authorities launched an investigation, as they believe that it may not be an unusual case, but an act of witchcraft.

The relatives admitted that the young Ana Mamaría Rico 5 months ago ended her relationship with her partner, so she came to live in Los Cabos, and they believe that he could be the father.

“News that will kill you with laughter from La Carilla”