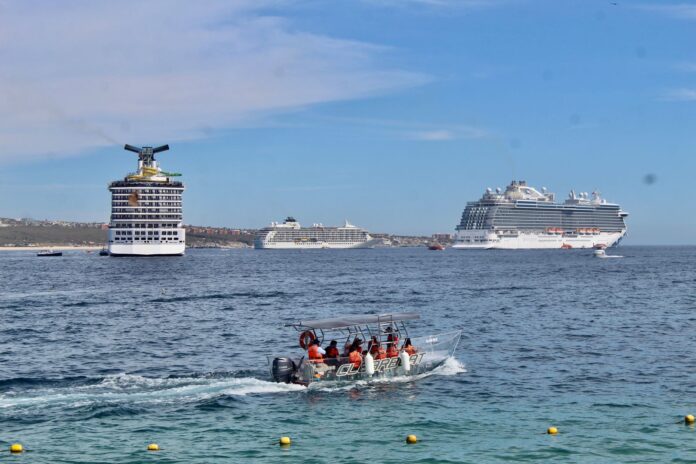 Derived from the increase in coronavirus infections that is occurring not only in Los Cabos but throughout the world; 2 cruise ships decided to cancel their scheduled arrivals for December 24.

And, this day the port of Cabo San Lucas was going to go down in history after 12 years, finally, in 2021 there would be a fivefold simultaneous arrival of cruise ships, however; conditions did not allow it.

The manager of the Comprehensive Port Administration (API) of Cabo San Lucas, Jorge Méndez in an interview with Primero BCS, reported that in order not to be crowded the 5 cruise ships in the port at the same time they decided to change their route.

Originally, the arrival of the cruise ships Carnival Miracle, The World, Majestic Princess, Norwegian Bliss, and Ruby Princess was contemplated, the first 3 were the only ones that anchored in the bay this good night.

Only with the month of November and December of this year 100 thousand cruise passengers accumulated, leaving 100 dollars each, therefore, there will be an economic spill of 10 billion dollars for the tourist destination.