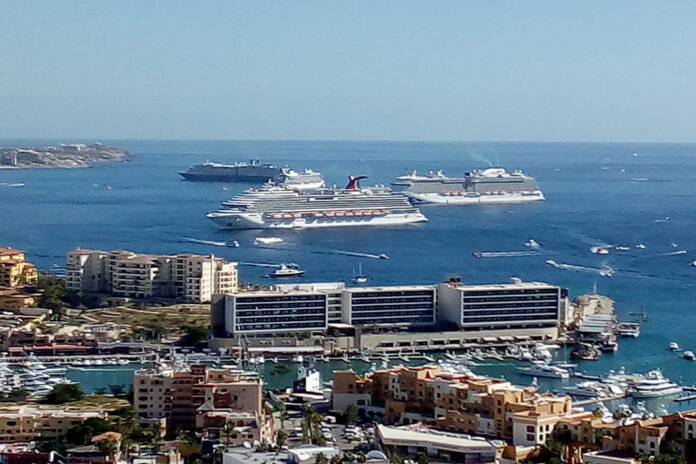 According to the information provided by the Comprehensive Port Administration of Cabo San Lucas, during November and December around one hundred thousand cruise passengers are estimated, in October there were around 30 thousand, which in the last quarter of 2021 translates into 130 a thousand visitors in the port, an economic benefit that translates into 13 million pesos; On December 31, 2 boats will arrive to spend the end of the year in the bay.

He stressed that in December there will be nine double arrivals and four triple arrivals, a very good amount.

Last December 24th was a triple arrival, it will also be December 26th, as well as the next 28th; On December 31 and New Years there will be 2 ships, the Viking Orion and the Carnivale Miracle, which will spend the New Year in Cabo San Lucas.

He asserted that during the month of October there were 22 arrivals, November 27 and December more than 30, which translates into positive numbers for the destination, however, due to the presence of the new variant of Covid-19, omicron, is It is imperative not to lower our guard and redouble sanitary measures to continue with the dynamics of arrivals.