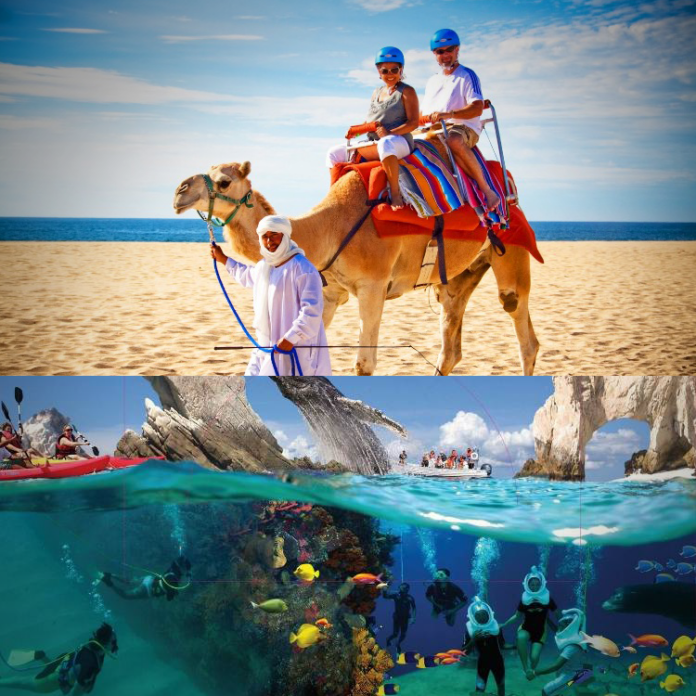 Imelda Montaño, head of the Coparmex Tourism Commission, in an interview for CPS Noticias announced that according to SECTUR, currently Los Cabos at the national level occupies the third position with the most Foreign Visitors by Air by Airport.

“The first continues to be Cancun, then Mexico City, with this strategy that they had in this administration for the Day of the Dead, rose to second place, and we are still in that third space within this Ranking of Visitors and People Who Los Cabos is one of its preferences ”, he stated.

He stressed that gastronomy is undoubtedly one of the cornerstones of tourism both for the State and for Los Cabos and of course, the municipality has various events in the gastronomic field that have managed to position it at an international level.

“The quality service in the restaurant industry that we have in Los Cabos, high-quality chefs who are now turning to open those spaces, and that is attracting a lot of international attention for this gastronomic tourism.”

He asserted that without a doubt Coparmex, at the head of Arandi Torres and through the Tourism Commission under his charge, will continue to support events that strengthen tourism in the area in order to conserve but above all advance on the rung.

Finally, he affirmed that, without a doubt, from the space that he has to contribute, he will continue working to strengthen the municipality.

By 2022, Los Cabos is expected to have two new direct routes to the United States; Canada and Europe will also expand their air connectivity with the destination during the second half of the year.

After an evident recovery in tourism, the destination seeks this 2022 to consolidate itself as one of the best tourist places worldwide. One of the main actions that the Los Cabos Tourism Trust has begun to carry out was to participate in the Routes Américas 2022 event, where it seeks to strengthen the relationship with national and international airlines.

Rodrigo Esponda, director of the Tourism Trust of (Fiturca) Los Cabos, highlighted that the city was the only Mexican tourist destination that was present at this important meeting, where it is sought to increase air connectivity.

“We had fifteen meetings with the main airlines, mainly the American ones, which are our main partners. But we also had the opportunity to meet other business partners; there are new airlines that are joining the market, and they are very interested in flying to Los Cabos”.

The United States market has become an important ally for Los Cabos, which is expected to increase its air connectivity with the destination by 30% this year; highlighting that this 2022 two new direct routes will be added to the twenty-six that currently exist, highlighted Rodrigo Esponda.

In the specific case of domestic flights, the director of Fiturca commented that domestic tourism has begun to have greater relevance in the destination; On a monthly basis, approximately 98,000 national tourists visit Los Cabos, representing 34% of the total tourism that arrives at the destination. By 2022, it is expected to have direct flights to cities such as Querétaro and Cancún

“There are cities in areas that have interesting traffic, for example: Querétaro, Ciudad Juárez, Cancún that we are still looking for, Chihuahua; They are routes that have a lot of potential for Los Cabos.”

Not only Los Cabos has good expectations for 2022 in terms of tourism; According to the head of the Ministry of Tourism (Sectur), Miguel Torruco, the economic benefit at the national level is expected to be 146 thousand 886 million dollars, this is 12.3% more compared to the end of 2021.