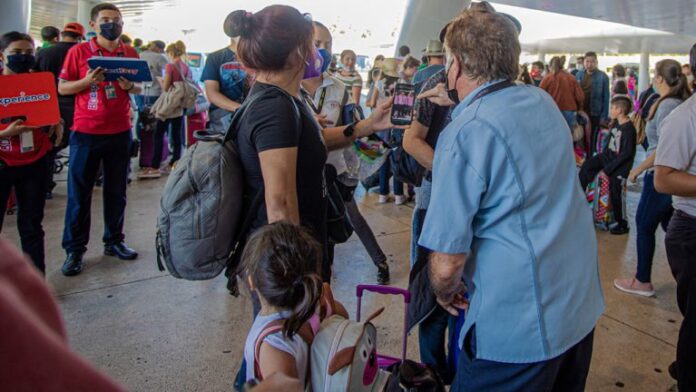 The Secretary of Tourism, Miguel Torruco Marqués, specified that in January 2022, 1 million 468 thousand tourists arrived by air to Mexico, which represented an increase of 123.6% compared to January 2021, and it is a figure that is only 13.9% to reach the registered arrival in January 2019.

The official said that the main countries for international tourist arrivals by air to Mexico in January 2022 were: the United States, Canada, and Colombia; which added 1 million 77 thousand tourists, this is 113.8% more than in 2021; and it is only 12% to reach the number of tourists of these nationalities captured in 2019, which was 1 million 224 thousand.

Torruco Marqués added that in January 2022, the airports of Cancun, Mexico City, and Los Cabos were the ones that received the largest number of international tourists, capturing 1 million 110 thousand passengers, which means an increase of 121.2% compared to 2021.

Minors may need a SAM form to travel out of Mexico

Find out what airlines are dropping mask mandates