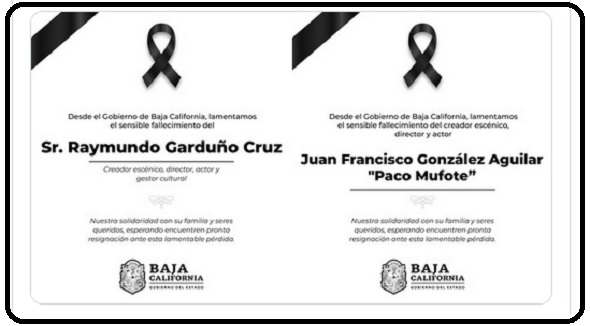 Mexico’s National Association of Actors said that the union is investigating the accident that killed two actors and injured several others who worked on the Netflix series “The Chosen One.”

Actors Raymundo Garduño Cruz and Juan Francisco González Aguilar were killed and six other cast and crew members were injured after the van they were riding in crashed in Mexico’s Baja California Peninsula last Thursday.

RedRum, the production company behind the show, said the group was in transit from Santa Rosalía, Baja California, to the local airport, and there were no signs that any safety measures had been breached.

Some had speculated that driver fatigue might have been a factor in the accident.

But Alejandro Calva, a labor secretary for the national actors association, said the union has not received any complaints about safety issues related to the production.

He said that RedRum, which has also worked on the Netflix hit series “Narcos,” has a “good reputation” in the industry.

“We can’t accuse the company of absolutely anything,” he said. “There’s no evidence that the driver wasn’t rested, that the company had bad production practices.”

The union represents two women who were injured in the crash. They were both hospitalized but one has since been released, Calva said.

Production on the series was halted, but has since resumed, Calva said.

Previously called “American Jesus,” the show was one of the latest adaptions from Netflix’s 2017 acquisition of comic book company Millarworld, a deal it pursued to expand its superhero credentials.

Local media reported that the van flipped after running off the road Thursday in a desert area near Mulege, southeast of Santa Rosalía.