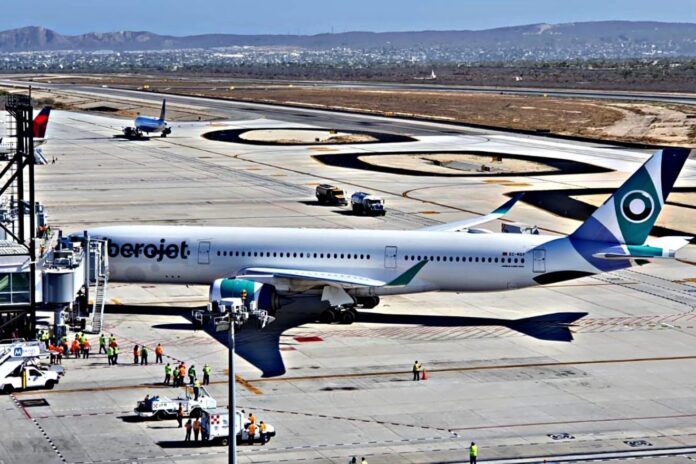 92% of the travelers who used the route between BCS and the old continent are from Spain; It is estimated that their stay is 9 days

La Paz, Baja California Sur (BCS). According to data from the Ministry of Tourism and Economy (Setue), the flight that connects Madrid with Los Cabos has brought nearly 4,000 tourists who left a direct spill of more than 180 million pesos, commented the head of the area, Maribel Collins Sanchez.

“We also have confirmed the new season of 2023, of this flight to Madrid and, given the excellent results, we are very happy with this operation, for example, […] I can tell you a little about the importance of that flight, it is they generated more than 180 million pesos in direct income”, she said.

The state official explained that this air route brought with it 4,000 tourists during the season; of which, the majority come from Spain and the rest of them from nearby places.

“As for the product of 4,000 tourists who came on that direct route; 92% of these tourists come from Spain and the rest from the surrounding places, and something very important is the stay, the longest stay that the tourist has had here in Baja California Sur is this, 9.4 days”, said Collins Sánchez.

The head of Setue explained that one of the objectives is to extend the stay of tourists, both national and foreign; and in the case of the route that reaches Los Cabos, having the opportunity for travelers to get to know the north of the entity, benefiting the communities.

“That is one of the objectives we have, to extend the tourist’s stay, so when they arrive, for example, in this case, when they arrive in Cabo, they have the opportunity to visit the north,” she concluded.

It is worth mentioning that the first plane on the route landed on July 18 of this year, after 11 hours of travel, landing in South California with 432 passengers and with a weekly frequency.