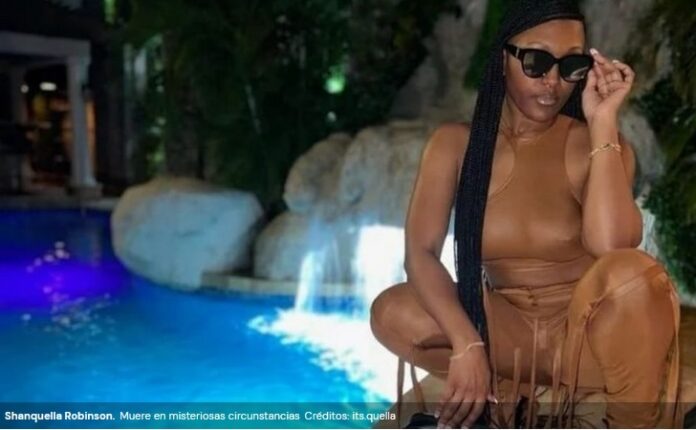 Mexican authorities last month requested that the American government extradite one of its citizens to face charges in the mysterious death of a tourist in Cabo.

Experts say the US may have no choice but to agree, and that while the extradition of an American citizen from the United States is a rare occurrence, it is not unheard of.

If that step is taken in the case of Shanquella Robinson, an American who died on a group vacation, the case turns from a mere criminal one into a diplomatic one involving multiple branches of the US government, federal court proceedings, and questions about the American suspect’s rights.

“This practice of course raises a question of whether we as citizens have the right not to be seized and forcibly removed from the US in order to be put on trial and possibly jailed on criminal charges in another country,” John Parry, a law professor at Lewis and Clark Law School who has studied international extradition, told Insider.

The death of 25-year-old Robinson has confounded the American public after she traveled to Mexico with six friends and never returned. Robinson’s parents have told media their daughter’s friends initially blamed her October 29 death on alcohol poisoning — but her death certificate listed trauma to the neck and spine as the cause.

Since then, a cellphone video has circulated online showing what appears to be Robinson being beaten by a woman, while a male voice says, “Quella, can you at least fight back?” Robinson’s father, Bernard Robinson, has confirmed to media outlets that his daughter was the woman being attacked in the video.

Neither Mexican nor American authorities have publicly identified the suspect in question or announced an arrest, and it’s unclear where the suspect is currently located.

And while there is no requirement under international law to comply with extradition requests, the US and Mexico have an established, decades-old extradition treaty both countries generally comply with.

Grant Wille, an attorney for the Arizona criminal defense firm Ralls & Wille, said the US may not have much choice in whether to extradite the suspect assuming Mexican authorities provide probable cause.

The US State Department did not provide a comment in response to Insider’s query about Mexico’s extradition request.

Lawyers from Ralls & Wille, which regularly handles cross-border cases involving extraditions, told Insider that “very few” US-to-Mexico extraditions occur involving American citizens, and their firm has only ever handled one such case.

But there is some precedent. In a similar case in 2012, a former “Survivor” producer and American citizen Bruce Beresford-Redman were extradited to Mexico to stand trial for the 2010 murder of his wife in Cancun. Beresford-Redman was convicted in a Mexican court and served seven-and-a-half years in a Mexican prison before being released in 2019.

Forcible removal from US soil

American authorities are also involved in investigating Robinson’s death and could attempt to bring charges of their own if any crimes related to the incident occurred on American soil. An FBI spokesperson previously told Insider the bureau’s field office in Charlotte, North Carolina, had opened an investigation into the death of Robinson, who was a Charlotte resident.

Robinson’s family, however, said during a December press conference that they wish to see their daughter’s friends prosecuted in Mexico and sentenced to prison time there.

And while many countries refuse to extradite their own citizens to face charges in foreign countries, according to Parry, the US is not one of them.

That brings up important questions about Americans’ rights in their home countries, where they may not have committed any crimes but could still be seized by authorities, Parry said. That concern could be compounded in any extradition in the Robinson case, given Mexico’s justice system and prisons are notorious for poor conditions and human rights violations.

But Parry added that no criminal defendant would be extradited from the US without first receiving a court hearing in which a judge reviews the charges and evidence against them.

“The argument on the other side is that the country requesting extradition has a legitimate interest in seeing justice done, that our cooperation on issues of this kind is mutually beneficial and that no one is extradited without a court hearing where a judge reviews the charges and evidence,” Parry said.