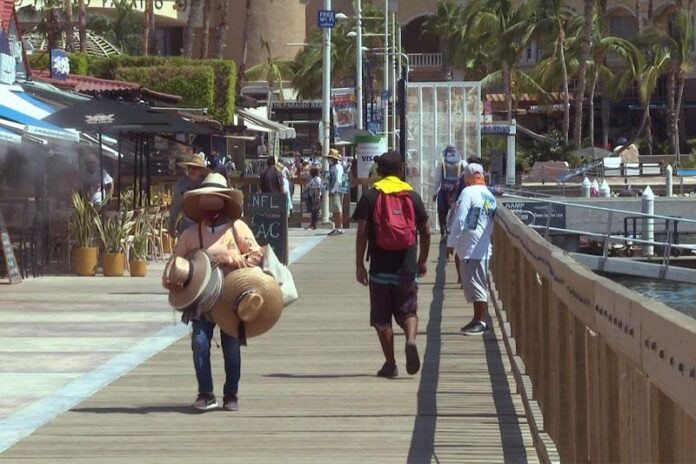 The executive president of Asudestico, Javier Olivares, asserted that this matter has nothing to do with the timeshare activity

The executive president of the Sudcalifornian Association of Timeshare Developers ( Asudestico ), Francisco Javier Olivares, affirmed that the presence of pirate rooms that offer timeshares and other services has been controlled in the destination thanks to operations involving Profeco, Public Security and Other authorities, however, what is re-emerging is the presence of street vendors offering tourist services that are not met by visitors or the local public.

“What is very dangerous and not as a timeshare, but as in general, it is all the people who are in the marina traveling and selling different services because sometimes they do not give them, they offer tourist or fishing trips and as there is no way to be able to locate the person, they defraud the tourist, the tourist is sometimes very trusting, they give them a paper and they leave satisfied and it turns out that they abused their trust ”.

This is happening on the subject of tourist services, but many confuse it with timeshare and it has nothing to do with it, they are people who sell different activities but by approaching tourists.

He pointed out that these services have nothing to do with timeshare, although unfortunately, it is confusing, it is not timeshare because it is prohibited in this industry to wander and approach tourists on the streets.

In the case of the timeshare industry, sellers have to be in a specific place in a restaurant, location, but they cannot walk through the port area because they are penalized by both the API and the Association itself.

He also recommended that the local population and tourists buy services in established places.

“That they buy in established places, if they are going to do any activity that they go to an established place with the person’s telephone number so that they can claim in case they do not give them the service, but in a street where they grab it as they do to locating it is very difficult ”.

Many of the times what happens is that the tourist is walking through the marina area or the center itself and there they are approached by people who offer them tourist services, but it has nothing to do with timeshares.

“We cannot walk, it is forbidden,” he stressed.

In the case of the marina, he said, it is a very large area, there are people who are traveling and offering services, but not only there, but throughout the tourist center, people are walking carrying different signs, so he said you have to be very careful, buy only in established places, any of the tourist activities that they wish to hire in the tourist destination.