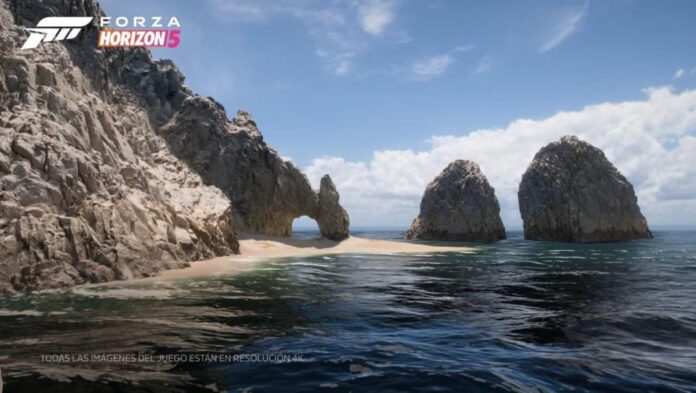 With the strengthening of its tourist vocation, Los Cabos has become a national and international reference, to the extent that today it also becomes a star stage in racing video games, as is the case of Forza Motorsport 5, which in its promotion it dedicated a special trailer for this tourist destination.

With sharp graphics that invites you to live a virtual adventure, the car simulation video game sponsored by Microsoft Studios, opens the trailer with the iconic Los Cabos arch and shows a race through the interior of the town of Cabo San Lucas, adding on the way some details that culturally identify Mexico in the world, such as papel picado.

The virtual races show off the famous South Californian contrasting scenery, located between the desert and the sea, images that increasingly position the destination as a world-class brand.

As is well known, Los Cabos has already been the setting for music videos such as the one recorded by Christian Nodal and Davis Bisbal, as well as being a reference on Netflix, through the film “Milagro Azul” that portrays the real history of the children of a Casa Hogar in Cabo San Lucas, which made history by participating in the Bisbee’s Black and Blue tournament, one of the most important in the world of its kind.

And all this without forgetting that celebrities, national and international stars, continuously post images of their sight to the famous destination on their social networks, revealing their fascination for its natural beauties.