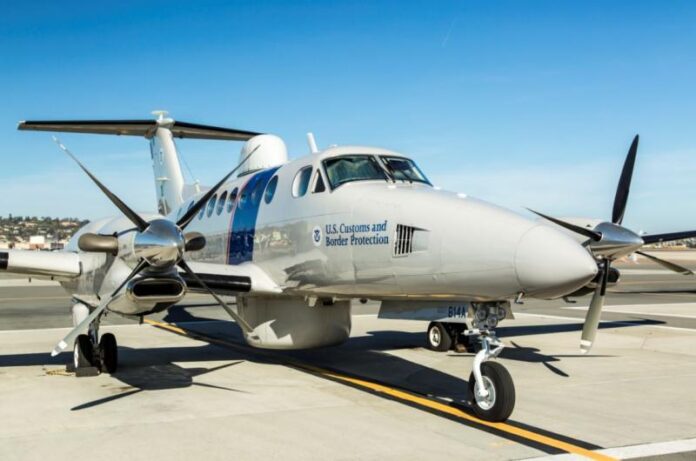 The United States government has reactivated its surveillance on the coasts of the Baja California peninsula, due to reports of drug smugglers and people who have as their starting point the Gulf of California.

In this sense, the Customs and Border Protection Service is reactivated, in the marine and air divisions, for the space of the international waters that surround the peninsula.

The foregoing is totally legal because Mexico has not claimed ownership of the Gulf of California, so sea, submarine and air vessels sent by Washington can freely enter.

Aerial surveillance known as Multi-Role Enforcement Aircraft (MEAS), is carried out in twin-engine aircraft that are kept on the coasts of the Baja California peninsula, but 12 nautical miles from the shore.

Detection Officer Ned Leonard stands at the rear of an MEA focused on the monitors that broadcast what the plane’s camera is picking up below.

It also handles other sophisticated equipment, such as radars and technology considered classified.

You can see anomalies in the water and quickly zoom in to determine if it is a fishing boat or someone trying to introduce humans and/or drugs into the United States.

“Sometimes the cartels employ people who are experienced boat captains, they know very well how to fish, and sometimes they fish or do both at the same time, they can smuggle and fish,” Leonard said.

It is known that drug and human smugglers depart from the Gulf of California to the United States for clandestine arrivals at points in Malibu, San Diego, or Santa Barbara.

On the site that broadcast this report called BORDERREPORT.COM, it is never mentioned whether they cooperate with Mexican authorities in this effort.