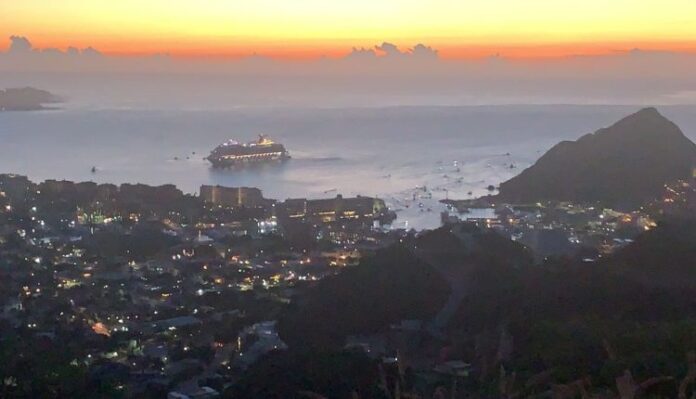 The president of the Association of Entrepreneurs of El Médano, Leonardo Perli, reported that the advance of the traffic light allows organizing these traditional events in the destination with strict compliance with health protocols

With the advance of the traffic light and compliance with the sanitary protocols, businessmen of El Médano are preparing for the Nautical Festival in mid-November and the traditional end-of-year event, with surprises and innovations with the characteristic creativity to be able to give to the citizens what they always expect, the end of the year event.

This was reported by the president of the El Médano Business Association and general director of Casa Dorada, Leonardo Perli, who stressed that in relation to the end of the year festivity they are working on doing something innovative, although this event has been positioned every More and more nationally and internationally and with a greater influx of tourists and the local population, it had been paused due to the same restrictions but people are asking for it because it is something already expected every end of the year.

“We are going to try to do something totally different, innovative, creative, as has always characterized us in order to give people what they have always been waiting for.”

When asked if there will be fireworks this year, he reiterated that they are trying to do something different, they are closing some definitions and proposals and will report in detail soon.

What he did advance was that there will be a Nautical Festival, for which they will work hand in hand with the organizers of the event to place altars on the boats and make a more attractive event to grow and position the destination but particularly the El Médano area as a referent of important events.

These are the first four editions of the festival that is very colorful, where all the boats walk along the coast and are adorned with colorful decorations and in this activity hotels and restaurants as well as service providers participate and there will be a lot of decoration most showy of the boats.

He said that they intend to innovate in these activities for the pre-start of the Christmas activity and Thanksgiving season since the US market highly values ​​these actions and national traditions are also commemorated with altars and festivities hoping to realize excellent events.

He mentioned that progress has already been made in the traffic light due to the discipline that has been taken in the subject of protocols, achieving important advances and reducing infections and with the monitoring of health measures by the citizenship that has given results and allows economic recovery.

The advance of the traffic light allows you to start planning these events, already tradition in the destination, emphasizing that this will be programmed while still being very responsible in the management of health protocols.