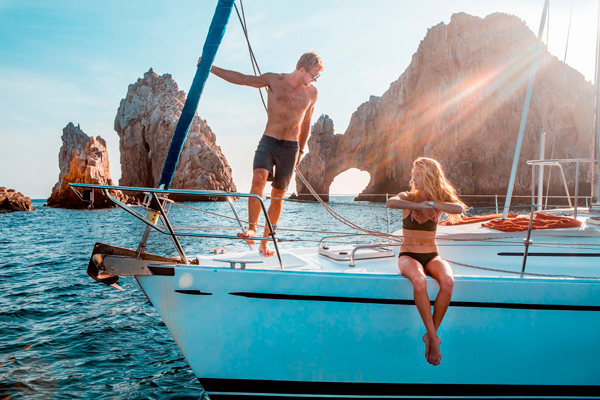 Rosa Maribel Collins Sánchez, Secretary of Tourism and Sustainability in Baja California Sur, announced that as of last month, there was a significant recovery in tourism activity and that today it is strengthened, hoping to close the year with almost 3 million guests, which shows the interest that foreigners and nationals have in visiting Los Cabos.

He explained that the Bisbee’s Black and Blue Tournament is of great relevance, especially if the difficult times that are experienced worldwide are considered, derived from the Coronavirus, so the high influx of visitors to the destination speaks well of how the society and authority have handled the issue of the pandemic.

He pointed out that the fishing tournaments come to strengthen the tourist activity, not only in Los Cabos but also in Baja California Sur, which speaks of the interest that tourists put in this type of segment, this is the beginning of the high season.

It coincided with what was announced by the Governor of the State that the Bisbee’s Tournaments are of great relevance, so they will seek to protect what is related to sport fishing, supporting all the tournaments that take place in Los Cabos and other parts of the entity, especially considering the economic spill they leave behind.

He pointed out that they expect to close the year with almost 3 million tourists arriving via the area, the Hotel Association and the Los Cabos Tourism Trust indicated that there was an improvement in the arrival of guests, especially in the month of September, almost record, emphasizing that this phenomenon is also happening in the other tourist destinations of the middle peninsula.