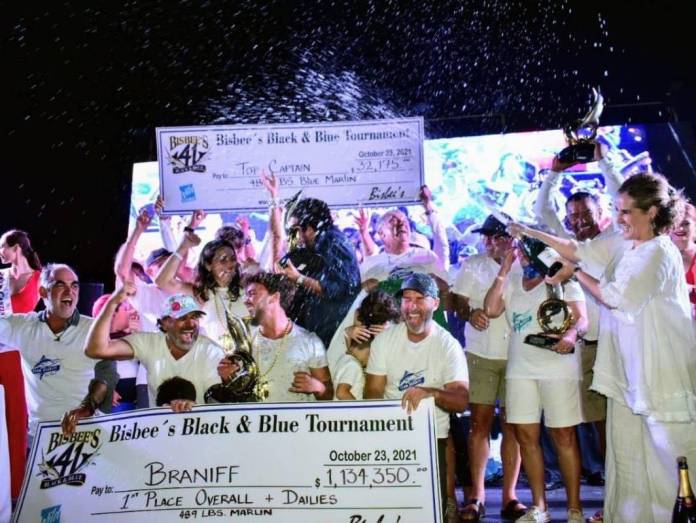 On the night of this Saturday, October 23, the awarding of the “Bisbee’s Black and Blue” sport fishing tournament took place in Los Cabos every year for 41 years. This 2021 the Mexico City team “Braniff” won first place with the capture of a huge blue marlin.

With a dinner at the breakwater pier in the dock of Cabo San Lucas Bay, with live music and fireworks, tonight the teams that were winners of an accumulated prize pool of 10 million dollars were awarded.

Unlike the results that were obtained in the atypical “2020” after finishing the boats without being able to capture a single species, this year, although there were more catches, only 2 fish gave the weight greater than 300 pounds and took the first 2 places.