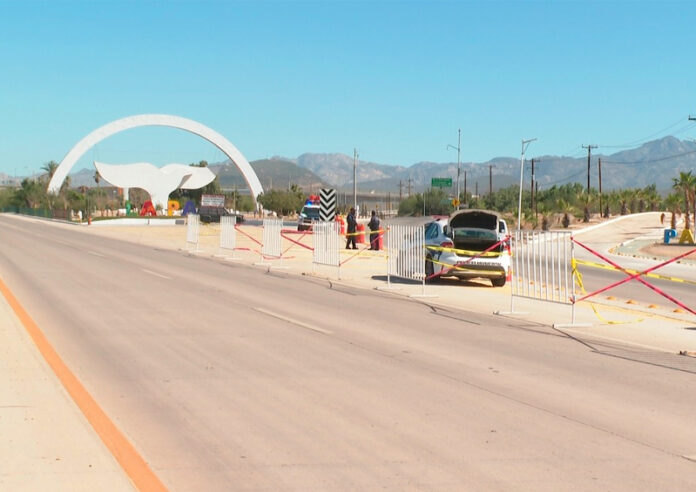 La Paz, Baja California Sur.- A few hours after starting one of the most important off-road competitions in motorsports, the Municipal Police of La Paz is ready to implement the Road Closure Operation in what will be the area arrival of vehicles, located in the vicinity of Marina Fidepaz.

The Mobility and Transportation Directorate announced that given the relevance of the 2021 edition of the International Carrera Baja 1000, which is in its 54th edition, it is expected that this time the number of fans who come to the area The finish line exceeds any of the previous editions, so the closure of the roads will begin at 6:00 p.m. on Thursday, November 18, ending on Saturday, November 20 at 4:00 in the afternoon.

The closure of roads contemplates the 1975 Constituent Boulevard, in the section of Av. De Las Ballenas, in the Fidepaz subdivision, until the return located at the Cola de La Ballena monument. Likewise, access to the Daniel Roldán Bypass will be limited, in the section from Boulevard Agustín Olachea to Blvd. Constituyentes. It should be noted that the overpass located in the area of ​​Cola de la Ballena will remain open to traffic.

Given this event and despite the fact that the security bodies of the three levels of government will participate in the security of the race, it is not possible to keep a close watch along the entire route where the participants of this motor racing competition circulate. so accident prevention is closely linked to the responsibility and common sense of fans of this type of motorsport competition, so some of the most important recommendations are not to place yourself in risky areas such as the outer zone of curves, stay at a safe distance from the road, avoid driving on it while competing vehicles are passing, and above all, driving under the influence of alcohol.