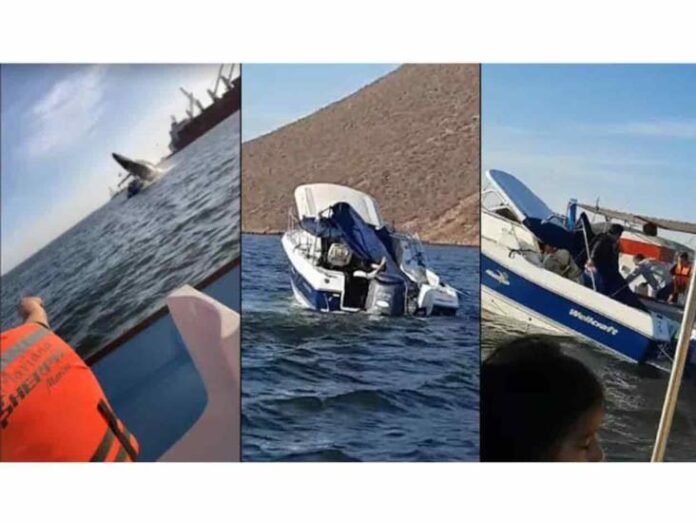 A humpback whale in the Sea of ​​Cortez fell onto a yacht after jumping out of the water. It caused injuries to four of the crew.

The events occurred off the coast of Sinaloa, in the port of Topolobampo.

A group of boats were spotting the cetacean that was jumping to the delight of all when suddenly the giant of the sea fell on one of the lighter boats.

The businessman Jesús Andrés Valdés Conde, who captained the boat, was seriously injured. At this time he is hospitalized.

The moment was captured by several of the passers-by who were aboard other boats and caused surprise among all.

It is uncommon for these animals to be found in Pacific waters at this time of the year, however, it is even more strange that when they jump they affect people, it is an isolated incident that is surely one of the few that will occur.

What are the states with the best conditions to work in Mexico?

Possible cyclone “Rick”, its current situation, and its probable trajectories