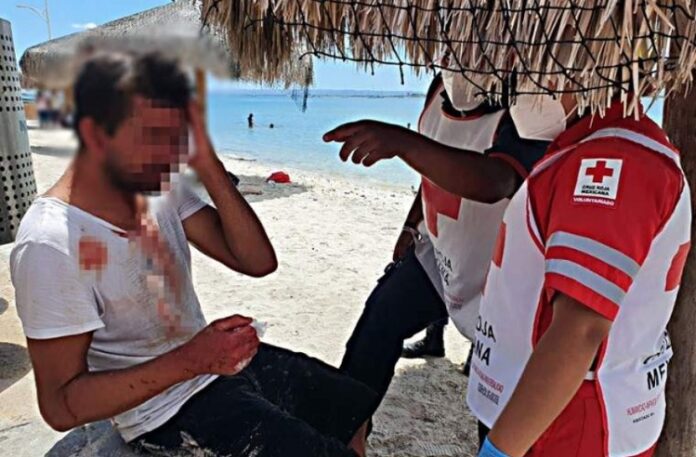 But only one of two men involved in this beach fist fight was arrested by State Police of Baja California Sur, you guessed right, the Mexican.

On Wednesday, July 20th, these two subjects were seen fighting on a beach area located on the Malecón de La Paz.

The fight at the popular beachside boardwalk lead to one man being taken to hospital for treatment and the second being arrested. The incident was reported to police by a woman who called 911 and informed that there were two men fighting.

When police arrived, they found the unnamed 39-year-old American exchanging blows with 25-year-old Carlos N from the state of Sonora.

State Preventive Police (PEP) were able to separate the two men. The American man, who was from Oregon, was treated on-site by paramedics, and later transferred to Juan María de Salvatierra Hospital in La Paz for treatment.

The second man involved, Carlos N, was arrested by PEP officers for allegedly starting the fight.