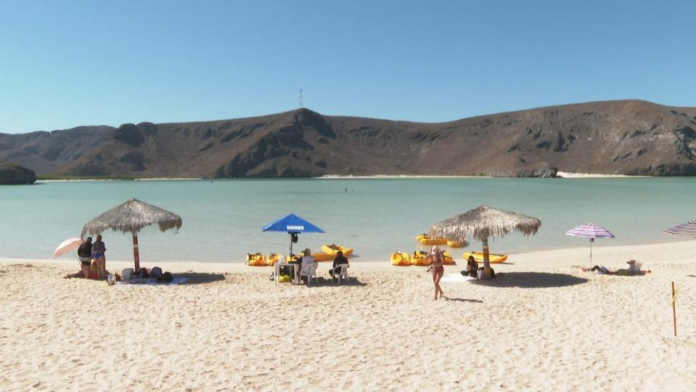 Awareness activities are carried out in favor of conservation

María Elena Martínez Delgado president of Conservation of the Mexican Insular Territory AC ., Better known as Grupo Islas, reported that this weekend, members of this association and others, went to Balandra beach, Natural Protected Area ( ANP ), to spread the principles and values ​​promoted by the Earth Charter, within the framework of World Mother Earth Day that was celebrated on April 22.

Said Charter is a declaration of ethical principles, bases for the construction of a just, sustainable and peaceful society, which is promoted worldwide and that Grupo Islas shares with ejidal communities or other ANP, in favor of the care of nature, of the community and non-violence.

María Elena Martínez, expressed in this regard that the activity carried out in Balandra is a celebration of life of everything that society has overcome in this pandemic, it is a call to conscience, a change of paradigm, and a change of behavior regarding the preservation of the environment.

In this regard, he pointed out that Article 25 of the Constitution establishes the right to a healthy environment for all and added that the principles and values ​​of the Earth Charter are also promoted in environmental management programs, territorial ordinances, regulations, or a guide for young people in schools.

It should be noted that Grupo Islas has already been working for 25 years in the conservation of the islands, the care of coastal and marine ecosystems, with an emphasis on the integration of biodiversity in tourism.